Progcap Receives $40M Investment in Latest Round of Funding The round takes the total fundraise by Progcap in the past year to $95 million.

Progcap which is a platform for companies and organisation to receive funding and different types of loans has just come out to announce that the company has just received investments amounting to $ 40 million USD. This was a funding which was mainly contributed by Tiger Global Management and also saw the participation of tech giants, Google. Sequoia Capital India which has also chipped in previous rounds of investments for Progcap continued to back the company in this round as well. 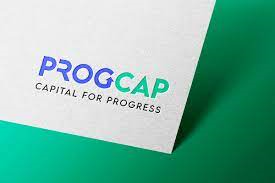 Progcap is a platform for businesses to use to get funding where they otherwise would not get from financial institutions such as banks due to them not having a formal credit history or other requirements. The company was established half a decade ago back in 2017 and its head office islocated in New Delhi. Progcap is just the platform that allows the process to be done smoothly while the action of loaning the money out is done by their partners in Muthoot Finance and Credit Saison.

The last time the company raised funds was over a year ago where $ 25 million USD was injected in to the company in a round that was led by the very same duo of companies that took part in the latest round.

Srivastava and Chandra, who established the firm together said in a public statement that the duo is very happy to continue their partnership with the two venture capital companies that continue to believe in the business and the hard work that they put in. They went on to say that the duo is over the moon to bring in Google as an investor in the company as they embark on this endeavour together. Progcap is becoming essential and a staple for transactions that take place between businesses and businesses and their customers so that their business gets much smoother and more efficient.