The developers of Project Zomboid have revealed their future plans by releasing a 2022 roadmap of all the content expected to come this year which includes all the way from NPC’s to pets. Thanks to major updates called Build 41 and the Steam Winter Sale, it’s no surprise that Indie Stone developers decided to strike while the iron was hot and reveal their game development plans. 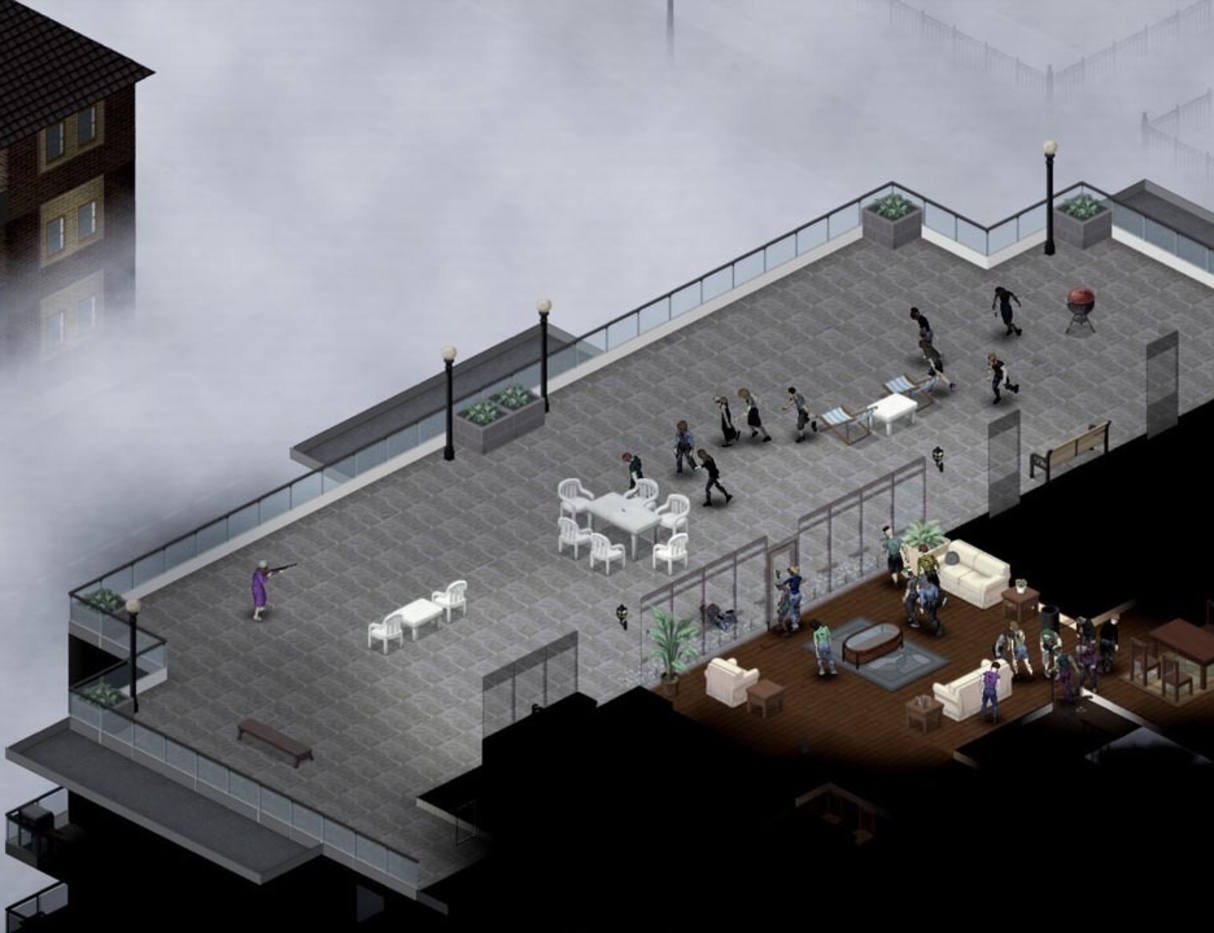 The studio’s Zomboid plan is far from complete, and there are plans for NPCs and pets. This hand-made 11-year-old survival game has seen dramatic growth in the game last month, and The Indie Stone is now looking forward to a new roadmap to explain the next content. Indie Stone has released their latest updated roadmap for 2022, more information has been revealed for Project Zomboid NPCs, and hopefully, they come sooner than expected.

Project Zomboid is an isometric open-world survival horror video game developed and released by The Indie Stone, an independent British-Canadian developer. Both updates will be available until the full release of Project Zomboid. It’s been a long time since its release but Project Zomboid recently exploded in popularity when the studio released a new early access update which bring along a complete change to everything from combat mechanics to online multiplayer. In the long term, after the NPCs appear, the developers want to improve several aspects of Project Zomboid, such as crafting, endgame content, providing the ability to create communities for those who do not want to restart the game or bring more story in depth. The game takes place in a post-apocalyptic world full of zombies, where the player is faced with the task of surviving as long as possible. In the world of Project Zomboid, the player is forced to survive in a post-apocalyptic zombie-infected area of Knox country while Kentucky has been fully quarantined by the government. The player has to collect resources and survive for the longest.

Previously, The Indie Stone planned to add pets and game animals in the next update. AI characters have been experimenting in Project Zomboid for a long time, but CEO Chris Simpson recently revealed in an interview with NME that they will appear in the game soon. Therefore, it seems more meaningful to add functional NPCs compared to wild animals. More in-depth details about their future plans are yet to be revealed but we can expect more as we get closer to their targeted release windows.