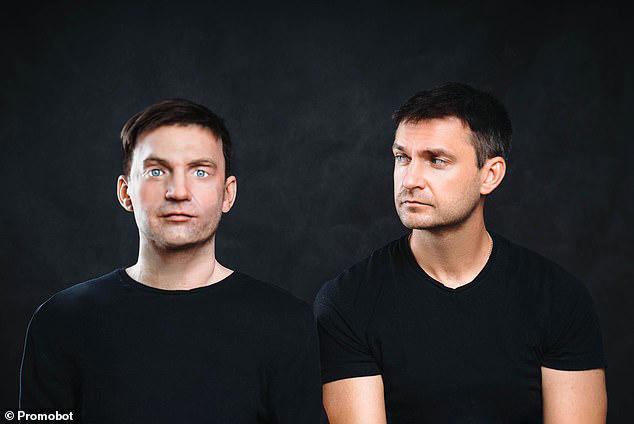 Giving your face to a robot may sound like something out of a Black Mirror episode, but it could soon become a reality.

Promobot is looking for a face for their next humanoid robot, which will be available in hotels, shopping centers, and airports starting in 2023.

The firm is giving the brave volunteer a whopping £150,000 ($200,000) in exchange for transferring the rights to use their face indefinitely.

Promobot is a robot manufacturer headquartered in New York that is noted for its eerily accurate humanoid robots.

Its robots are currently in operation in 43 countries, performing a variety of tasks such as administrators, promoters, advisors, guides, and concierges.

‘Our company is developing technologies in the fields of facial recognition, voice, autonomous navigation, artificial intelligence, and other robotics domains,’ stated Promobot.

‘We’ve been building and distributing humanoid robots to the market since 2019.’

‘Our new clients want to begin a large-scale project, and in order to avoid legal delays, they need to license a new robot appearance.’

The tech company is looking for someone with a ‘kind and friendly’ visage to utilize on a humanoid robot helper in its current campaign. 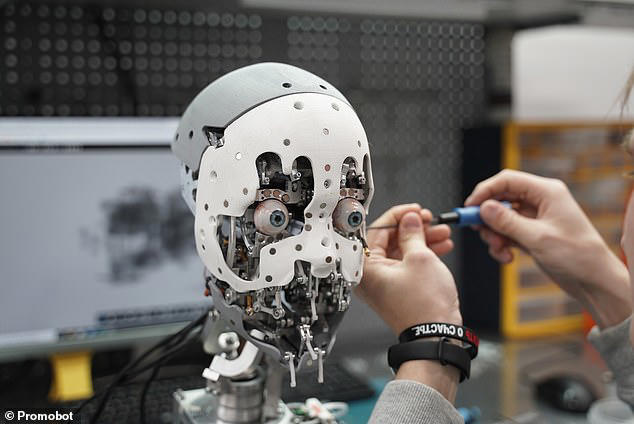 An undisclosed US corporation has commissioned the robot, which will be utilized in airports, shopping malls, and retail outlets across North America and the Middle East.

‘In 2023, a robot with a new appearance will start its activities, and the face of a chosen person will become this robot’s appearance,’ Promobot added.

While Promobot has stated that the volunteer must have a “kind and friendly” appearance, it is accepting applications from people of all genders and ages.

Promobot hasn’t explained why it wants to employ a real face rather than a computer-generated one, as the famed humanoid robot Sophia did.

This isn’t the first time a robotics company has offered to pay for the rights to someone’s face.

In 2019, an unnamed robotics company offered a volunteer a £100,000 incentive for the use of their face.

Kate Devlin, an AI and robotics expert at the time, questioned why a human face was being utilized.

‘I’m cool with the whole friendly robot thing, btw,’ she said. ‘But I can’t work out why a) it needs a realistically human face; and b) why that face needs to be of a real individual.’