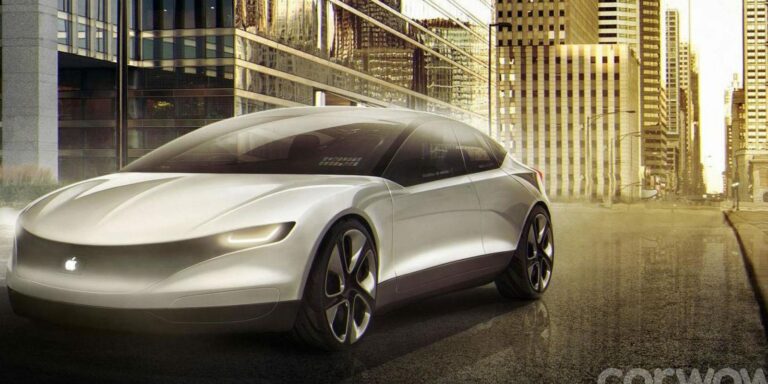 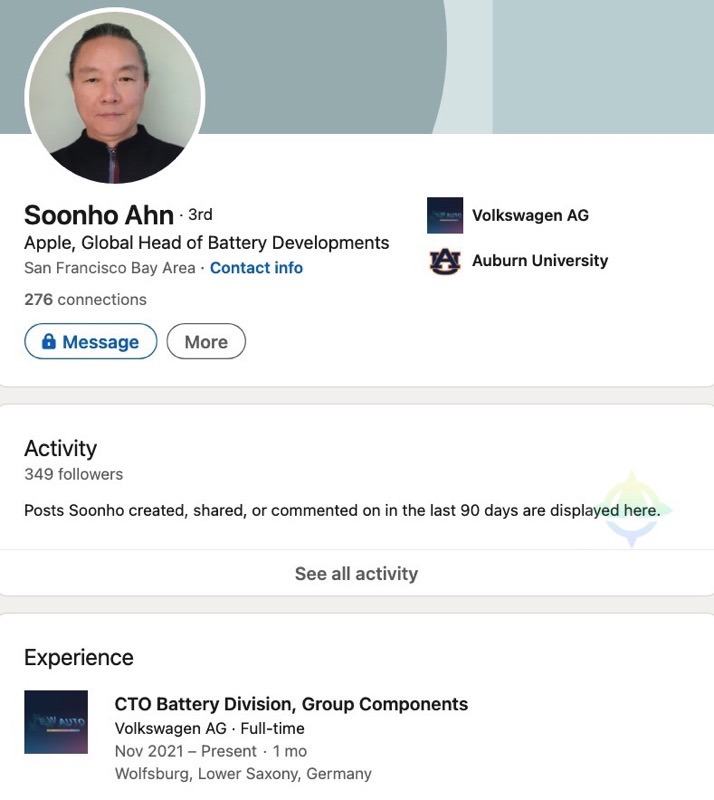 According to his Linkedin page, Apple’s global battery development chief, Ahn Soonho, has moved to Volkswagen to lead the automaker’s development of electric vehicle batteries.

This is the second time in recent months that an Apple executive has left the company to work for a car company. Doug Field, Apple’s chief of automobile development, was hired by Ford Motor in September.

According to his Linkedin page, Ahn was named chief technical officer of Volkswagen Group Components’ battery division this month.

Ahn, a former official at Samsung SDI’s next-generation batteries group, was hired by Apple in 2018. Apple employs batteries not only in its phones and computers, but also in its upcoming electric vehicles.

According to Reuters, Apple plans to release an electric car with sophisticated battery technology by 2024, according to industry sources.

Apple has declined to comment, while Ahn and Volkswagen have yet to respond.

“I wouldn’t want to rule anything out,” Apple CEO Tim Cook said in October when asked if the company aims to develop batteries and screens in-house like it does CPUs.

“It’s more of whether or not we see our way clear to doing something that is materially better,” he said during a conference call.

Three individuals familiar with the discussions told Reuters in September that Apple Inc’s talks with China’s CATL and BYD over battery supplies for its planned electric vehicle have essentially stagnated because the suppliers refused to create U.S. operations dedicated only to the tech giant.

Volkswagen has announced an ambitious plan to develop six battery plants across Europe with partners by the end of the decade, which is critical to the company’s goal of displacing Tesla Inc as the world’s leading electric vehicle manufacturer.

Ahn received his Ph.D. in Chemical Engineering from Auburn University in Alabama, which also happens to be the alma school of Apple CEO Tim Cook. Prior to joining Samsung, he was the Vice President of Energy Solutions at LG Chem, a South Korean firm.

Kevin Lynch, who formerly oversaw Apple Watch software, is now in charge of Apple’s automobile project. According to a new Bloomberg article, Apple is speeding up its automobile project, with an internal timeframe now indicating four years, which could mean a car launching as early as 2025 (no word on whether the Apple car will charge via Lightning or USB-C, though).