Vladimir Putin, President of Russia is not going to crack down on cryptocurrencies the way China has done   In an interview with CNBC that was uploaded on the Kremlin website on Thursday, he expressed his tolerance for digital currencies. 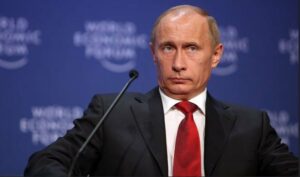 Cryptocurrencies have drawn increased scrutiny from regulators throughout the world because of their widespread usage in financial crimes and money laundering. China’s comprehensive ban on mining and buying and selling digital currency was also due to regulatory reasons.

On September 24, China announced a crackdown in an effort to combat illegal activities and monetary speculation, which included a blanket ban on all cryptocurrency transactions and mining.

According to Putin, Bitcoin “has the right to exist and can be used as a method of payment,” but he also stated that it was premature to discuss the use of digital currencies for buying and selling Russian oil and other commodities.

“There are no intentions for a blanket ban like China’s,” said Alexei Moiseev, deputy finance minister. However, the Russian Financial Institution has already cautioned traders that the crypto market is extremely dangerous. Although there are requests to partially carry this crypto fee ban, Russia does not allow crypto to be used for domestic funds.

“Too swiftly” could signal that Russia isn’t completely opposed to utilizing cryptocurrencies to buy and sell exporting goods or oil in the future. Because of the sanctions imposed in 2014 following the invasion of Crimea, Russia has been looking for alternatives to purchasing and selling in dollars.

After being slammed with sanctions in 2014 following the annexation of Crimea, Russia has sought alternatives to trading in dollars, and Putin accuses the US of using its currency as a weapon. Decentralized money, according to crypto supporters, would eventually replace fiat currencies produced by central banks.

The Bank of Russia has frequently warned investors that the crypto market is extremely volatile and that digital currencies cannot be used to make domestic payments. According to Interfax, Deputy Finance Minister Alexei Moiseev said this week that there are no plans for a blanket ban like China’s.

Putin’s willingness to tolerate cryptocurrencies comes as the White House contemplates initiating a wide campaign to evaluate and harmonize crypto policy across President Joe Biden’s cabinet, which might result in new laws. China has pushed down on the industry this year, banning all cryptocurrency transactions in September.

Also read: Stellar: Everything you need to know