Qredo: Everything you need to know 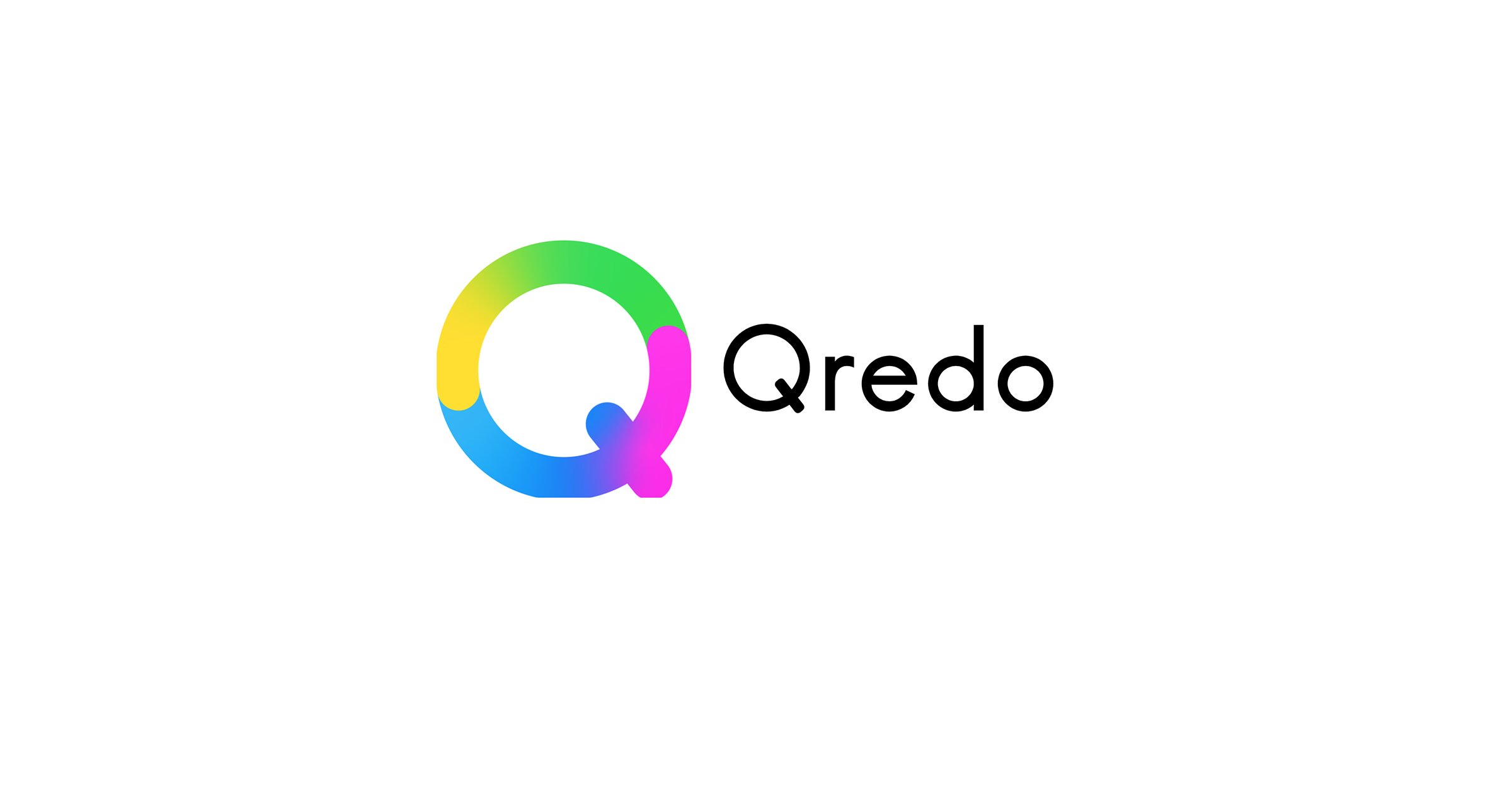 Cryptocurrency or crypto is a form of digital currency which has made quite a name for itself in the past few years. Crypto is a digital asset that can be stored in online wallets and can be used to buy services and products over the web. Virtual currencies are something that is both secure and portable, making it much more desirable to every potential investor on a global level. If you think about a few years ago, online currencies were just something that people were not very fond of and it was like a vision for the future but today it seems like the dream has finally come true. I believe that everyone today is familiar with the virtual currency industry and has the knowledge required in order to invest online but there are still some of us who lack proper understanding of its working.

It is important for you to understand the complete working of the crypto marketplace before you start putting in your money. Some people have gained huge profits and some other have suffered significant losses, this is not just because of the lack of knowledge but due to the extreme volatility and uncertainty in the marketplace. If we think about the time when the currency was initially launched, we remember that there were not many options at that time to choose from but on the other hand, if we talk about the current scenario, looking around, you will find that there are several online currencies to put your money in and seeing the rapid growth and popularity of the industry, new currencies are coming up with each passing day but unfortunately, not all currencies that are introduced, find their way into the mainstream.

We as consumers don’t even know about several currencies that came up but couldn’t work their way through the marketplace and hence, went down soon after. Talking about popular currencies, some of you might be wondering what all currencies are available today? Let me help you with that. Some of the popular currencies that are available today include Baby Doge, Ethereum, Binance, Dogecoin, Polygon, Revain and the industry-leading Bitcoin, of course, to name a few. But there is more to it than just that. As previously mentioned, new currencies and platforms come up each passing day in the crypto industry. Today we have with us a fairly new currency known as Qredo. In order to know more, I suggest you start reading further!

Everything to know about Qredo 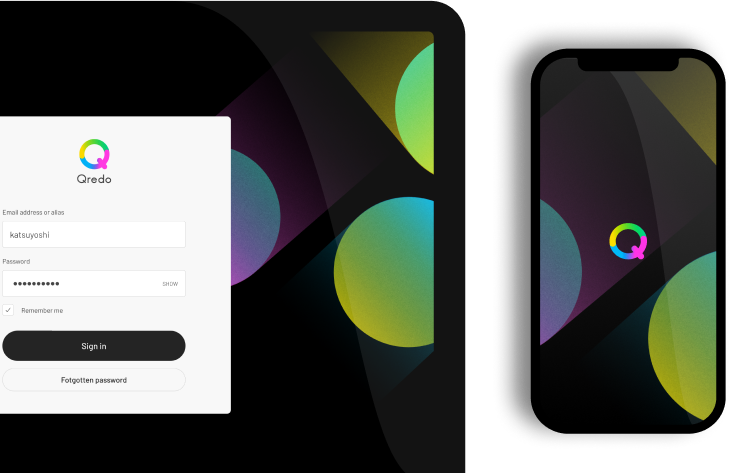 Qredo or as it is often referred to as QRDO is nothing but a rearchitecting blockchain connectivity along with virtual asset ownership. Qredo was founded by Anthony Foy along with Brian Spector as a new blockchain venture nearly three years ago, back in late 2018. The Qredo network is set to become an open-source permissionless protocol that is able to operate beyond geographical boundaries. A revolutionary new method to bring capital efficiency as well as liquidity to the blockchain economy. Not just that, Qredo has managed to introduce the very first custodial network based on decentralized multi-party computation (MPC). This evolution helps in enabling Qredo to offer cross-platform liquidity access, decentralized custody as well as native cross-chain ways.

Talking about custodial networks, some of you might be wondering what is MPC? Allow me a chance to explain. The next generation, trustless, consensus-driven multi-party network connects the Layer 1 blockchain with the aim of completely removing virtual asset theft. For access to DeFi, smart contracts along with institutional trading, the network is known to include programmable workflow and governance with built-in security. This however is combined with a Layer 2 network that allows instant cross-chain settlements between platforms and previously soloed blockchains, acting as an unbending asset registry. On top of that, a Layer 3 network for decentralized communication underpins trade negotiations that are encrypted and allows information to be attached to transactions.

In addition to this, Qredo functions at the cutting-edge of blockchain and cybersecurity. Also, by making use of innovations in the technology of distributed ledger and cryptography, the platform is able to deliver a strong global network for trading and securing virtual assets. Apart from this, Qredo is developed on Tendermint that is a rapid-finality consensus engine that has been customized in order to handle thousands of transactions each second. Having a Layer 2 statechain included in Qredo, it is capable of recording and transferring ownership of assets across various Layer 1 blockchains along with performing the task in the Qredo network itself.

On a similar note, asset managers prefer accessing virtual currencies on blockchains that are a part of Layer 1 over Layer 2 networks including Ethereum and Bitcoin. This is because Layer 2 is capable of providing scalability which is much needed in helping asset managers to avoid high fees, slow confirmation time along with adversarial mempools, which help in making real-time settlement, trading as well as clearing, much more challenging. The fast-finality which is provided by Qredo Layer 2 allows instant transactions among protocols, users and platforms on the network, thus enabling institutions to immediately take benefit of time-sensitive opportunities for trading.

Furthermore, Qredo is merged with the Matrix network which is an architecture for decentralized messaging, thus enabling encrypted private communications in order for it to be linked to all the transactions on the Qredo network, cryptographically. However, this messaging layer does allow the building of unique applications on Qredo like Trader Chat, that allows the purchase and sale directly using their favorite chat software. Also, Qredo is known to be able to bridge institutional finance with DeFi, thus giving asset managers through to private banks along with specialist Cryptocurrency hedge funds, from corporate treasures with infrastructure which can be helpful in meeting institutional standards.

Also, it is said that, as competition on Layer 2 is increasing rapidly, with several projects competing to improve the Ethereum ecosystem, Qredo is playing a supporting role in the whole scenario. As Layer 2 is known to be a custodial protocol that is decentralized to behave like a middleware for the capital market, Qredo is not looking forward to competing with other Layer 2s or even Layer 1s. Qredo says they see themselves as somebody who is adding value to all of them. However, the platform also states that Qredo can be differentiated from already existing Layer 2s in various key factors including Governance, Custodial functionality, user-centric tokenomics, cross-chain interoperability as well as immutable audit trails. 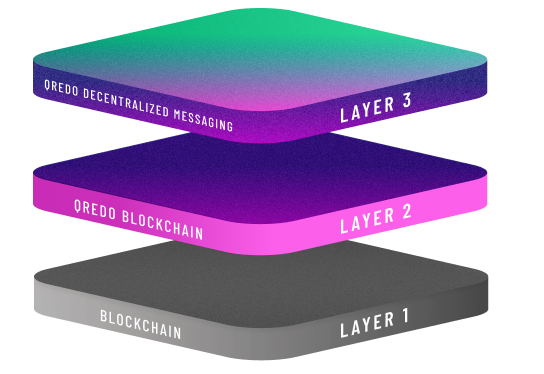 QRDO is nothing but a native token of Qredo that provides the means of governance and utility to the Qredo network. The platform is designed such that it includes an incentive structure that is “user-centric”, that favors the users of the Qredo Network economically, thus driving utilization and user adoption of the network. QRDO can be staked with the validators along with staking yield earned. Being a unique characteristic of Qredo, unvested QRDO will be automatically staked which then accrue staking yields.

Talking about the network participants, it is worth mentioning that there are four types of participants that are rewarded by using a combination of two different mechanisms, inflation-based compensation as well as fee-based compensation. Four participants include Validators, Market Makers, Custody Users as well as Traders. QRDO takes the ideals of security, decentralization, immutability as well as permissionless access, to their logical conclusions, thus developing a completely unique tokenomics model which is user-centric and is designed to urge the community on the Qredo Network.

Unlike tokens in the Layer 1 model, which only reward the validators, QRDO is specifically altered for Layer 2 in order to provide rewards to all participants on the network. Other than this, as of today, there is a supply of nearly two billion QRDO tokens, which were brought into circulation using two popular methods including inflationary emission as well as vesting schedule.

The price of the currency today is about 1.49 US dollars and has a twenty-four trading volume of nearly 3,290,248 US dollars. In just the last twenty-four hours, the value of Qredo has dropped by about 14.23 percent. Other than this, the currency is placed at 2780th position as per CoinMarketCap rankings. However, the current circulating supply of the currency is not available but as mentioned earlier, the maximum lifetime supply of the currency is about 2,000,000,000 QRDO coins. Also, in just a week’s time, the prices of Qredo has reduced by nearly 61.75 percent. In addition to this, Qredo is below its all-time high of 546.22 Indian rupees which is equivalent to 7.48 US dollars by about 80.08 percent.

Reading so far, you might have understood what is Qredo all about and by now you might be aware about the currency just enough in order to make your own judgement about whether to invest or not. if you are wondering where can you buy QRDO? Let me make it easier for you. Though not many Cryptocurrency exchanges have Qredo listed in them. Some of the exchanges that have QRDO listed include KuCoin, Gate.io as well as Coinbase.

In conclusion, I believe that Qredo is a great platform and it solves various problems for virtual assets including settlement, security and operation management for institutions. As of today, Qredo is a fairly new infrastructure and there is nobody like them in the industry as their competition. I think that it is too early to give any judgement about Qredo as there is no past record to evaluate its performance.

Anyways, it is important for you to understand the fact that you should not invest before researching yourselves and knowing all the risks involved. It is advisable to invest only if you are willing and capable of taking those risks and bear any losses if necessary. Don’t invest more than what you can afford losing.

What are your thoughts on Qredo? Do let us know in the comments below. To know more about various cryptocurrencies, do check out other articles we have on our website. Thank you for your time & if you found our content informative, do share it with your investor friends!

Also read: Revain: Everything you need to know