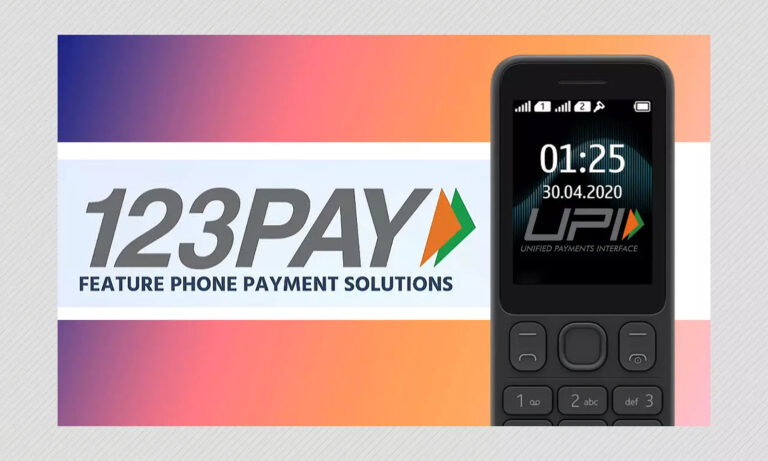 Shaktikanta Das, Governor of the Reserve Bank of India (RBI), announced the country’s most popular unified payments interface (UPI) service for feature phones on Tuesday. The service, known as UPI123PAY, will enable 40 crore feature phone users in India to use the payment service.

Previously, UPI was only supported on smartphones in India, but with the gradual push, feature phone users will also be able to send and receive payments. In addition, the central bank has introduced DigiSaathi, a 24-hour helpline for digital payments.

In his address, Das stated that the countless features of UPI are currently mainly available only on smartphones, limiting individuals from the lower rungs of society, particularly in rural regions, from using the popular service, despite the fact that smartphone prices are dropping. The UPI123Pay service is a three-step process for initiating and executing services for users that will operate effectively on phones that do not have an internet connection. Currently, feature phones are used by an estimated 40 crore mobile phone users.

These users can now carry out a number of transactions by 1. dialing an IVR (interactive voice response) number, 2. using app functionality in feature phones, 3. using a missed call-based approach, and 4. using proximity sound-based payments. Users will be able to make payments to friends and family members, pay utility bills, recharge FASTags, pay mobile bills, and check their account balances, according to the central bank, who also stated that customers will be able to connect bank accounts and set or change UPI PINs.

The RBI governor also announced the launch of a 24-hour helpline for digital payments, which will assist users with digital payment inquiries via their website and chatbot. Users can get this by going to http://www.digisaathi.info/ or calling 14431 and 1800 891 3333 from their phones.

Although feature phones have NUUP (National Unified USSD Platform) as an option for basic payment services via the shortcode *99#, it had not been widely adopted. As a result, UPI123Pay will take over, and because it is a more feature-rich, dynamic platform, there are reasons to be optimistic about it.