Realme today hosted the Realme C21 and Realme C25 launch events in Indonesia. Although the C25 is a brand new smartphone, the C21 had already been launched in Malaysia in February.

The C25 has the biggest spec because it’s equipped with a playable midrange chip, a heavy battery with fast charging, and a 48-megapixel embedded in the triple system in contrast to the other Realme C-series phones announced so far this year. 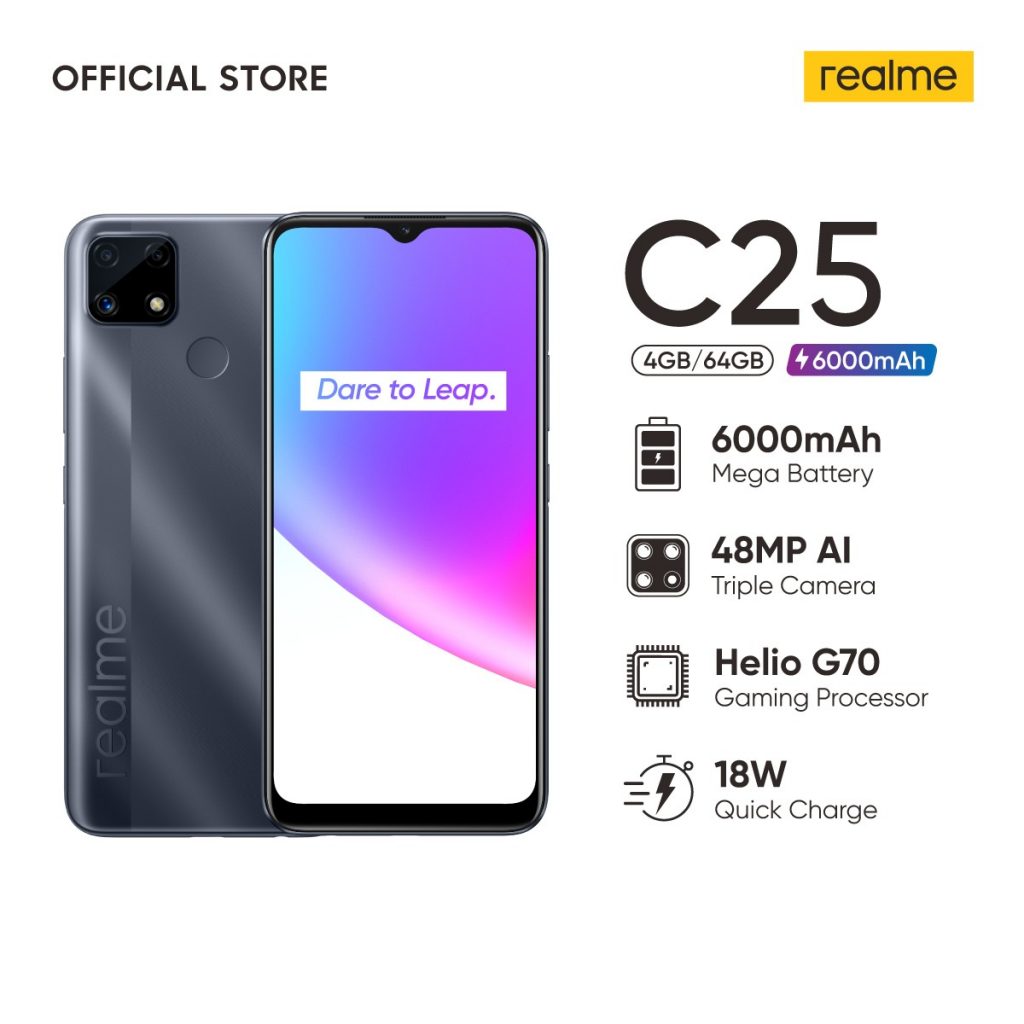 A 48-megapixel main camera, a 2-megapixel depth sensor, and a 2-megapixel macro shooter are offered on the rear polycarbonate back of The Realme C25. Also, the back panel of the phone has a fingerprint scanner for safety.

The Realme C25 comes with a 6.5″ IPS LCD screen and a waterdrop screen. The display has an aspect ratio of 20:9 and an HD+ resolution of 720 x 1600 pixels. The handset provides users with an 8-megapixel front-mounted camera for snapping selfies.

The device features a front-mounted 8-megapixel camera for snapping selfies. It comes with a 5 MP camera and a 13 MP + 2 MP Double camera system. The system is compatible with the front photo.

The chipset Helio G35 enables the 3GB RAM phone. It has a native storage capacity of 32 GB/64 GB with a microSD slot. It boots Android 1OS based on Realme UI. Last but not least, it features a 10W charge and a 5,000mAh battery. 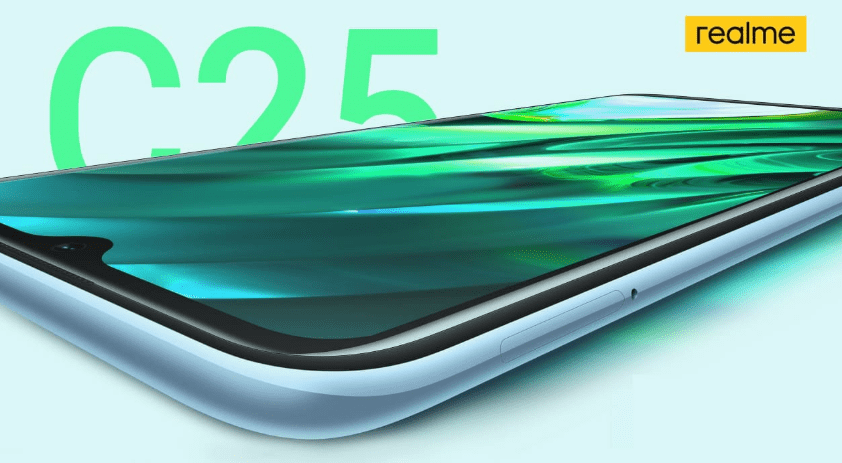