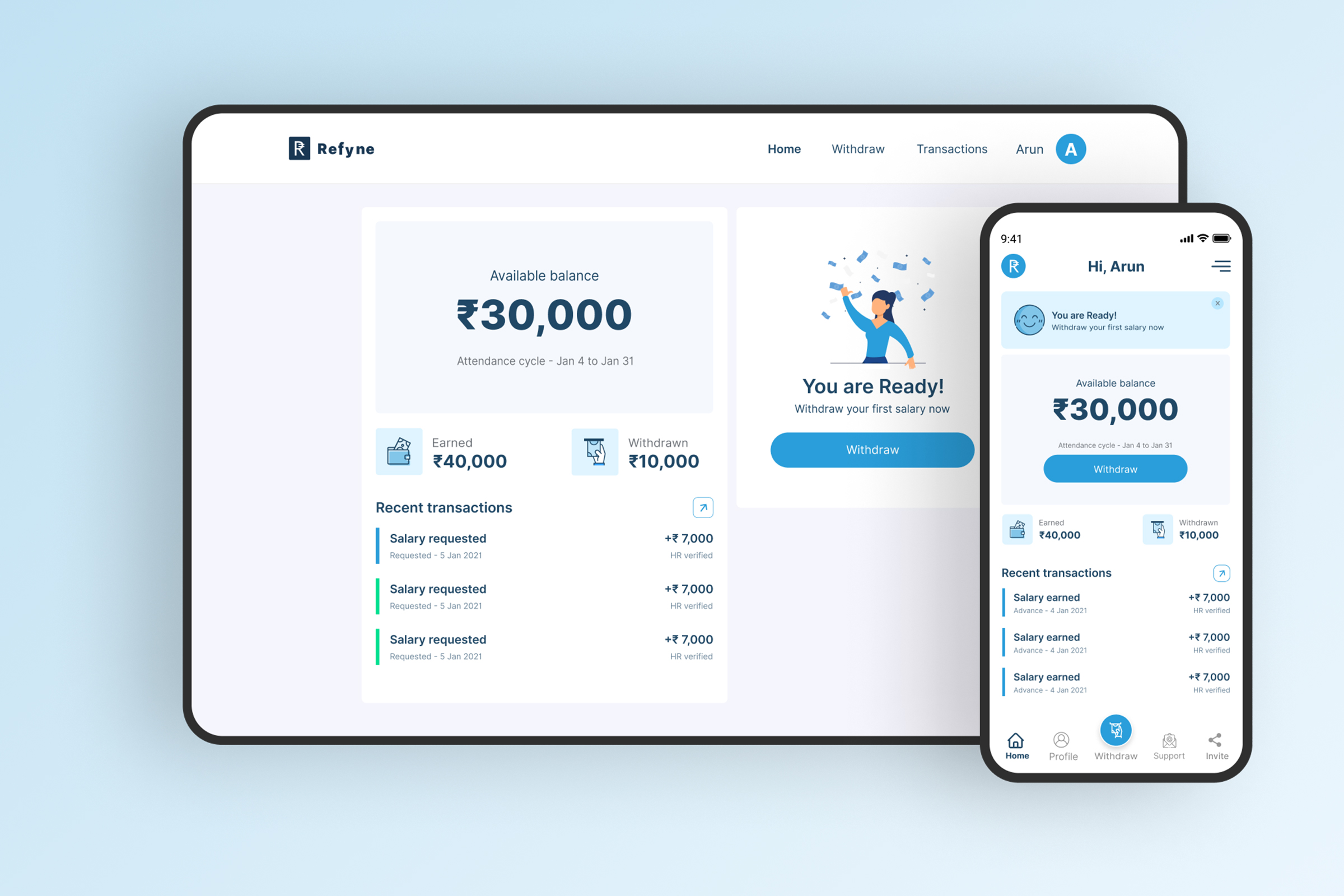 The fresh infusion of capital comes just months after Refyne closed its $16 million Series A round in June 2021. The company’s valuation has jumped by 6.5X from the previous round, however, it declined to disclose exact numbers. Refyne has now raised over $106 million in total equity capital in less than ten months of operation.

The funds will be used by the earned wage access (EWA) startup for product development, team expansion, scaling up various business functions, as well as raising awareness about the EWA concept. Earned Wage Access (EWA), an alternative lending service, where employees can unlock a portion of their earned wage before payday. For example, if an individual earns Rs 50,000 per month and the 30th is their payday, they can access/withdraw a portion of the Rs 25,000 on the 15th and the remaining on the 30th. EWA eliminates the need for high-interest credit schemes because it does not require the employee to “borrow” any capital.

Chitresh Sharma, CEO and Co-Founder of Refyne commented on the fundraise saying, “We built Refyne on the notion that everyone should be able to manage their personal finances without the threat of falling into debt traps due to liquidity shortfalls between pay cycles.”

The company has teamed up with over 150 businesses and serves more than 700,000 employees. In the next 12 months, it seeks to have more than 3 million employees on its platform. Refyne’s transacting user base has increased 68x in less than a year, and the platform has seen a 165x growth in the number of transactions, highlighting the liquidity gap that EWA is trying to address. The EWA startup’s partner companies include Acko, Arti Group, BlackBuck, CARS24, Cafe Coffee Day, Practo, Rebel Foods, Shadowfax, TeamLease, Tenon, among many others.

The early payday company charges a one-time transaction fee of as little as Rs 10, with no hidden fees, and transfers the earned salary within 60 seconds. The startup does not charge interest because it is not a loan. Refyne claims to have generated a 480 percent quarter-on-quarter revenue increase for the quarter ending December 2021.