Reliance Industries Ltd (RIL) plans to acquire REC Group, a Norway-based solar module manufacturer, to concentrate on renewable energy. This is aligned as part of the company’s Rs 75,000 crore investment in clean energy.

Reliance Industries (RIL) Chairman and Managing Director Mukesh Ambani said during the corporation’s 44th annual general meeting that the company would invest Rs 75,000 crore in sustainable energy over the next three years. He mentioned that RIL was developing the new energy business to address a green energy difference in India and overseas; with his announcement, RIL seeks to build Dhirubhai Ambani Green Energy Giga Complex on 5,000 acres of land in Jamnagar. The project will include a mega plant integrated with solar photovoltaic (PV) modules. 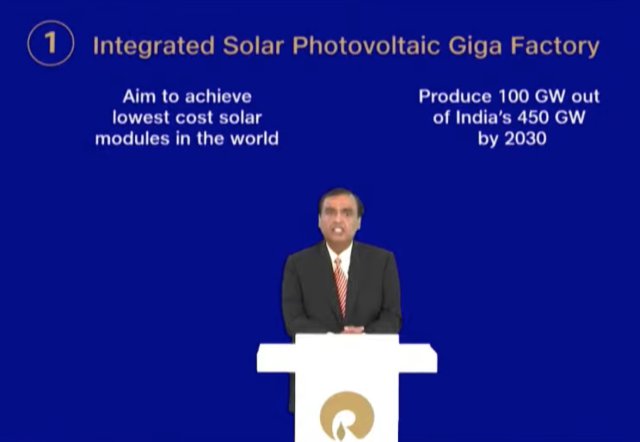 The Norwegian solar module maker REC Group has a solar panel production capacity of 1.8 gigawatts (GW) per year and has installed approximately 10GW of capacity worldwide. REC Group has regional headquarters in North America, Europe, and Asia-Pacific and was founded in 1996. According to media reports, RIL’s spokesperson declined to “comment on media speculation and rumours.”

From April 1, 2022, India will slap 40 percent of basic import taxes on solar modules and a 25 percent tariff on solar cells, making imports more expensive and encouraging local manufacturing. For government-sponsored initiatives, including projects from which distribution firms obtain power, the Ministry of New and Renewable Energy has also ordered an enforced list of certified Solar PhotoVoltaic models and module producers.