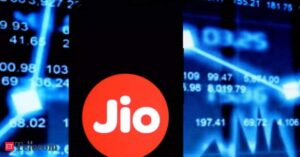 According to the annual report from Reliance Industries Ltd, its JIO had officially finished its planning for 5G coverage in the top 1000 cities. Further, it stated how the coverage planning for this is in accordance with the targeted consumptions by the users, along with earning potential by use of heat map, ray tracing tech, as well as 3D maps.

Reportedly, Jio came across as the most aggressive purchaser in the recent 5G spectrum auction, which was just concluded a while back. At this, the Reliance venture picked up airwaves of 24.740 GHz, which was worth Rs. 88,078 crores. Moreover, this included the 10 MHz of the expensive 700 MHz band pan-India.

Kiran Thomas, the President of Reliance Industries, stated during last month’s revenue call that the telco had chosen nine particular location for the distribution. These are reportedly Hyderabad, Jamnagar, Lucknow, Mumbai, Navi Mumbai, along with others. Specifically, these are cities that aid Jio in running elaborate 5G trials.

The company went to specify how Reliance Jio conducted active runs of these cases in TV streaming, network slicing, AR and VR, and others, in addition to its 5G field trials.

How would the roll out be conducted?

The network offered by Jio would be mainly distributed through the use of their native 5G stack of the service. The telco has reportedly joined a planned collaboration with Alphabet Inc’s Google. Mainly, this was for its Cloud Solutions for powering the internet services provided to organisations and consumers in the country. Alongside, the company partnered with Finland’s University of Oulu to boost research, study and standardisation in the next telecommunication tech generation- 6G.

Along with this distribution, the telco went to identify fixed broadband as a crucial greenfield sector. Reportedly, it hopes to link 50 Indian million homes, along with 50 million MSMB’s in the country. JioFiber, which was introduced in 2020, holds more than 5 million connections, which each approximately use about 300GB of data every month. The subscriber base of the service was about 410.2 million users four months ago. A every user approximately used about 20GB of Jio data, according to the report.

Further, the report stated how the information depicted that customers were enjoying more than five hours of daily approximately use on the service’s set top box provision. Other data specified how Reliance’s Jio held more than 80% of the market share of introductions of consumers in the wireline sector.