Despite the country’s extensive efforts to crack down on the business, Bitcoin miners have found ways to continue functioning in China, according to a CNBC report.

China used to be the country with the greatest amount of hash rate. However, in May, Chinese officials began to tighten down on Bitcoin and Bitcoin mining. Increased governmental scrutiny had a noticeable impact on BTC miners and exchanges, who began to limit or cease their operations. 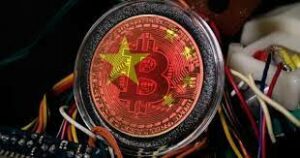 Bitcoin miners have found ways to continue functioning in China

The Chinese crackdown caused ASIC maker Bitmain to halt sales, a dramatic drop in Bitcoin’s total hash rate, and an “ASIC exodus” as the bitcoin mining environment began to shift in less than a month.

By September, China had outlawed Bitcoin completely. Despite the ban, roughly 145 Bitcoin nodes remained active on Chinese land after a few days. There are currently 125 nodes in the Asian country, according to Bitrawr.com data. Similarly, not all bitcoin miners appear to have escaped China.

Ben, a Chinese miner, told CNBC that he went underground and dispersed his mining equipment over numerous places to avoid being detected on China’s electricity grid. He’s also gone under the meter, drawing electricity from modest power sources that aren’t connected to the country’s main grid, to hide his digital geographical trace.

According to the report, up to 20% of the world’s bitcoin miners are still based in China, with setups identical to Ben’s strewn around the country. It quoted research from Chinese cybersecurity firm Qihoo 360 from November, which estimated that 109,000 bitcoin mining IP addresses are active in China on a daily basis. However, according to a Cambridge University study, there are no more miners in the Asian country.

While big miners were able to quickly and effectively relocate to Kazakhstan and the United States, medium-sized miners found themselves with their hands tied. According to the study, “they couldn’t sell their equipment to recuperate their losses, and they couldn’t mine at full capacity again because their electrical footprint is easy to spot.” Smaller miners, on the other hand, may spread their activities throughout China’s small power grids and keep a portion of their operations running.

According to the report, these tiny bitcoin miners often circumvent Chinese censorship by joining overseas mining pools willing to sign them up despite the restriction and helping them uncover their activities, in addition to hooking into small power grids far from government control.