Cryptocurrency grabbed the largest investment so far in 2021. According to Bloomberg News, which cited information from PitchBook Analytics, a financial software and data supplier, the large sum is roughly four times more than the $8 billion invested in digital money startups in 2018. And U.S.-based investors accounted for around $7.2 billion of the $30 billion invested into the crypto industry in 2021.

Cryptocurrency grabbed the largest investment so far in 2021 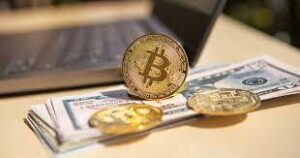 Many companies were successful in attracting investors seeking the next big thing as crypto became mainstream in 2021. Crypto exchanges, digital collectibles firms, and crypto-enabled games are all examples of industries that have attracted multimillion- and even billion-dollar investments.

FTX, a crypto derivatives exchange, raised $1 billion in a July fundraising round, making the two-year-old firm a key competitor for larger cryptocurrency exchanges like Coinbase and Binance.

According to Chief Executive Officer Sam Bankman-Fried, FTX essentially oversaw the investment round and worked with all participants, therefore there was no traditional single lead investor in the process.

FTX was launched early in 2019. According to Skew.com data, it’s currently the world’s fifth-largest Bitcoin futures exchange, and the second-largest crypto derivatives exchange by 24-hour open interest, according to CoinGecko.com.It just became a member of Copper.co’s ClearLoop settlement trading network, which will give it access to additional institutional funds.

This year, investor money poured into hitherto obscure areas such as metaverse platforms and crypto-enabled “play-to-earn” games, in which users may earn Bitcoin simply by playing. In October, Sky Mavis, the creator of the play-to-earn game Axie Infinity, raised $150 million at a valuation of $3 billion.

The growing interest in the metaverse, which is a term for a section of the internet made up of a few platforms that combine digital entertainment and economic opportunities, has prompted multimillion-dollar investments. In early November, Sandbox, a metaverse platform, raised $93 million from SoftBank.

According to its website, The Sandbox is an Ethereum-based platform where players may “play, develop, own, and manage a virtual environment.” NFTs (non-fungible tokens) allow players to own in-game assets such as land plots that they can develop. The Sandbox token, SAND, has a market capitalization of $2.46 billion, according to statistics from the analytics platform CoinMarketCap.

Artists, Fortune 500 companies, and celebrities like Quentin Tarantino have all exploited the new technology to sell digital works of art or other valuables for tens of millions of dollars, piquing investor interest in the third-party exchanges that arbitrate such transactions.

The largest NFT exchange, OpenSea, raised $100 million in a $1.5 billion funding round led by Andreessen Horowitz in July. According to The Information, the exchange was getting bids for $10 billion or more in November.

Also read: The most common inaccuracies related to Ethereum