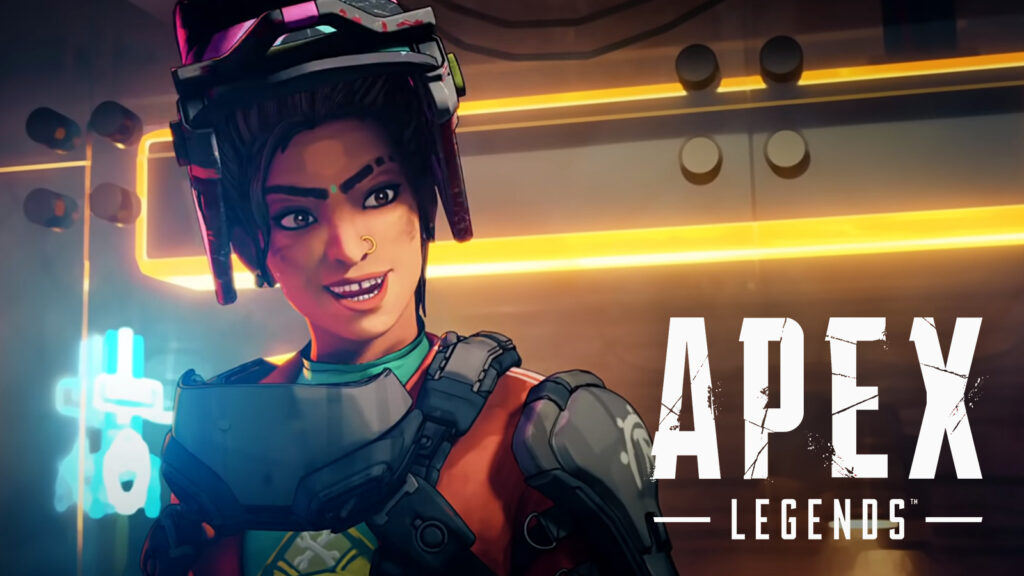 In an AMA on Reddit, the Apex Legends team answered a series of questions, including about the vast next-generation update. Respawn Entertainment has made several changes to Apex Legends in recent months and it would be rather foolish not to think that they are already looking for the next-gen consoles. The game is currently available on the Xbox One, PS4, and PC and will be available on the Nintendo Switch, but we expect that it will be released on PS5 and Xbox series X.

As you may know, there have been a number of hacks and other major fraud problems in Apex Legends and its predecessor Titanfall recently, which we have already reported on. The game also gets cross-progression and a sizable next-gen update, which may not be what fans of Respawn were hoping for.

We didn’t get a confirmed timeline for release but it sounds like the next-gen upgrade for Apex players is currently sitting very high on Respawn’s priority list. Despite the announcement of improvements planned for 2021, no updated timetable has been published. Fans will still have to wait to see if Respawn plans to release the New Gen update before they can take advantage of the overall performance improvements on Xbox Series X, S, and PlayStation 5 when playing online. 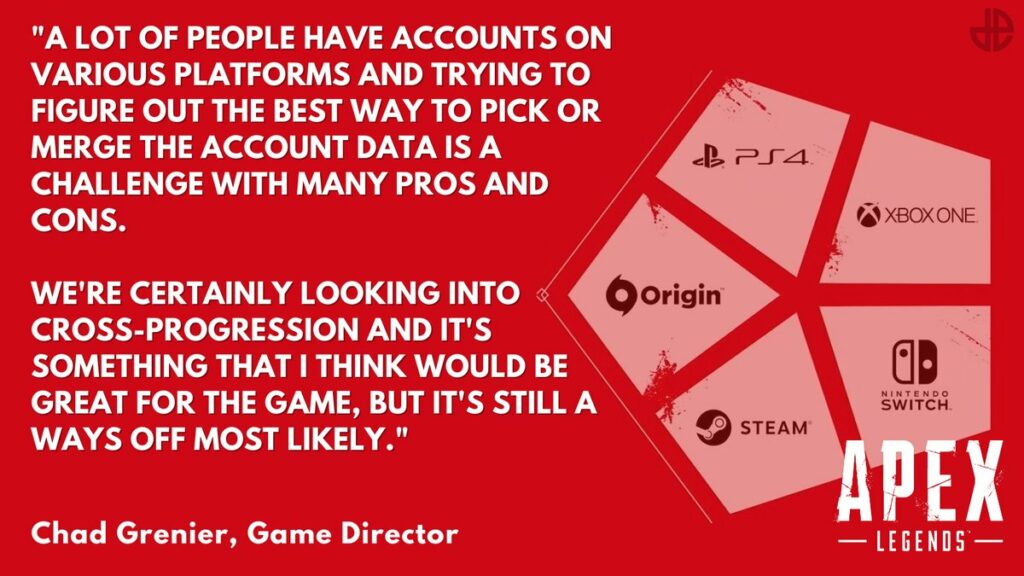 According to a recent AMA from Apex Legends developers, updates to PS5 / Xbox Series X and S are still in production, but Respawn has not stated otherwise. There is no new information on whether Respawn plans next-generation upgrades, so players will have to wait for official confirmation when they will be available.

The developers have announced nothing about the Next-Gen-Apex Legends free Xbox Series X, S, and PS5 – ports – but they do exist and cost nothing to download. Respawn also confirmed that Apex Legends will have cross-play support on Switch and mobile ports. Keeping upgrades aside, Electronic Arts (EA) has also confirmed that Apex will get formal improvements for the New Gen version in the latter half of 2021 and cross-play coming next year.

Respawn back in June did not mention the plans for the Nintendo Switch version of Apex Legends but later confirmed it during an announcement as part of the developer’s cross-platform plans. Apex players were very pleased to hear about the confirmation that Cross-Progress for Apex Legends is still in development. Cross-play has become a very known feature of other Battle Royale games such as Fortnite and Call of Duty: Warzone. 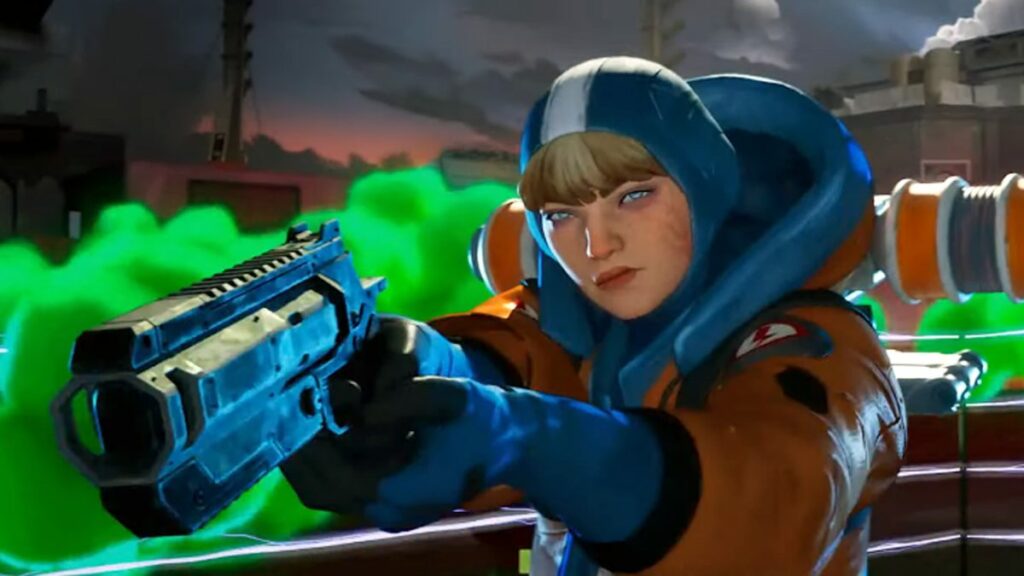 After being available for years on consoles, and PC, Electronic Arts (EA) will finally bring Apex Legends to Nintendo switch, which will help to add a new wave of Nintendo users and a new option for existing Apex Legends fans. With the introduction of the new Nintendo Switch console, the Switch version of Apex Legends will offer cross-platform gameplay, meaning you can play on Xbox One, PlayStation 4, PC as well as other Switch players. Respawn Entertainment is a studio with big plans for its games on Xbox Series X / S and PlayStation 5.

Apex Legends Cross-Progress will allow players to keep permanent accounts, including shared progress, regardless of which platform they are on. For example, you could play the PC version of Apex Legends and then find that you want one of the new consoles such as the PS5 or Xbox Series X / S. If your PlayStation account is not showing up in the game, you will not be able to download the PC game and you will need to open a new account to continue where you left off.

Rigney also added an update to the next-gen upgrade that will give Apex a much-needed graphical update for PS5, Xbox Series X, and PC players. The new update was announced last year. Upgrading to the next generation is free if you are on the same console or family and purchased the game before a certain date. 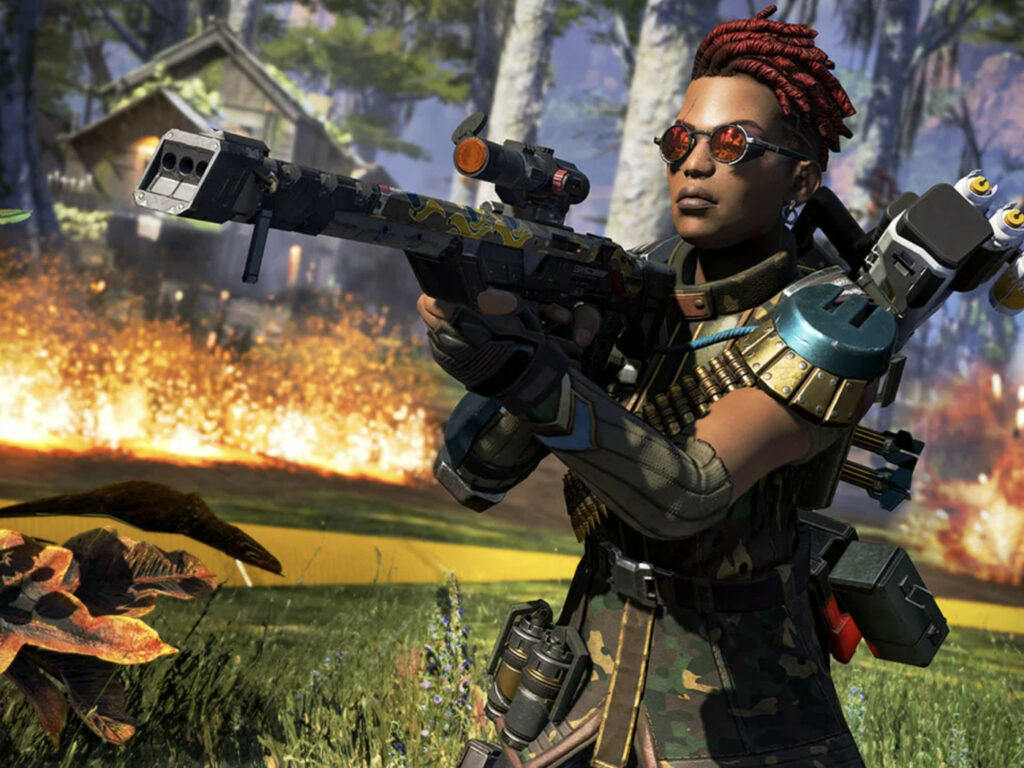 While the frame rate and other enhancements remain a mystery, developers have explained that cross-progression on all platforms is still on and remains on their list of enhancements. Respawn Entertainment confirmed to Reddit during the AMA Season 8, Ask Me Anything, that they will implement formal enhancements to the next-gen consoles later this year. Whether 120fps is still a high priority for Apex Legends developers remains undetermined, as is the mystery of when the update for PS5 and Xbox will see the light of day.

One Twitter user tweeted to the current director of Apex Games, Chad Grenier, asking for an update regarding the cross-progression feature of Apex Legends and when it would be released. He also confirmed that the main graphical user interface will be replaced , with the aim of sending sports to 120 FPS and working from there. However, hacking and cheats are widespread, which has slowed progress in cross-progression functionality.

The introduction of Seer, Rampage, LMG and a slew of card changes have breathed life into the game, and many fans call Apex Legends Season 10 the funniest season yet. While it looked like we would have to wait for the content of the seasons to be ready before we could update the feature, it turns out that the team was working on it all the time. Chad Grenier, current Apex Game Director, responded to the Twitter user who posted on Twitter and gave an update that is welcome to the community.