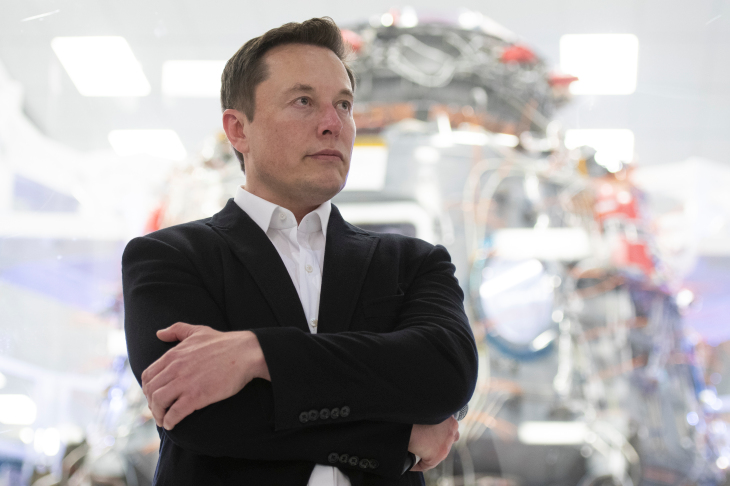 Elon Musk has once again kick-started a fiery discussion on Twitter following his Tweet defending space ventures. In response to the billionaire’s tweet, responses started to pile up. The majority of them were voicing criticism that was already in the air following the space venture by Richard Branson. While a good number also took up the humorous tone thereby balancing the discussion. Once again the fact stands that Elon Musk never fails to grab attention. And contrary to the usual, this time solemnity is part of the tweet which is a pleasant change of scene following the string of eccentric tweets with no head or tail. Here is the tweet that turned the heads of a good number of Twitter users.

Give Space some Space

Ever since the edge of the space trip of Richard Branson and crew, a slightly sharp scent of criticism has been in the air. Although the venture was the very first step into the domain of commercial space travel, most people were in a state of displeasure. The bitterness is rooted in the fact that the wealthy are using up their money for space travel and the like, while the majority of the world is in the clutches of brutal poverty and hunger. From an individual point of view, it can be argued that the said billionaires and wealthy crowds are using the money they earned. It also cannot be denied that they have all the freedom to use their earnings in the way they deem is right. However, from a holistic point of view, the fact stands that if people who are capable of change do not step forward to do so, the foundations of the world might begin to crack. Twitterati also tried to point out the fact that behind the massive income and wealth of these people, there lies a supposedly over-exploited workforce. And like all the stories go, they are always veiled with an invisibility cloak.

Perhaps it is in response to these surging criticisms that Musk took to Twitter to defend the case. While the responses mostly underscored the points due to which criticisms arose, others took the humorous angle asking Musk to take them to Mars with him. Here are a few responses that sprang up in reflex to Musk’s tweet.

Perhaps people are more frustrated about something else.

It is rather hard to discern whether the one below is sarcasm or fact.

Exactly. Becoming a multiplanetary species will reduce the chances of human extinction exponentially. Even if we make Earth perfect, inevitable factors like overpopulation, lack of natural resources, or a big natural diaster will wipe us out regardless. We need to think longterm.

And obviously, there are humans with more novel interests.

I want to go to Mars.

And some frying topics of concern like maybe… the earth.

Well, the one below is a good idea.

Just wait till earth is on fire, they will realize. You better have ships not for just the powerful and wealthy so we can all move to Mars though lol

Printers and space. Not a bad combination at all.

And some food for thought.

No problem with space it's the waste that goes into it when 4 different people are essentially trying to accomplish the same goal. Pool your funds, pool your resources. Stop doing it for yourself and do it for mankind.

Scientific slaps are always the hardest.

Assumin you dont realize but folks cant breathe in space. Folks need to be on earth for air and for food and what not. Your supposed to be a scientist. Do better

And responses shrouded in science are equally forceful.

It’s unfortunate that people don’t understand just how much the space era helped usher in so much. GPS, software, vast acceleration of computing and computer science, weather & climate observations, communications, the list goes on. Not to mention pure inspiration & exploration.