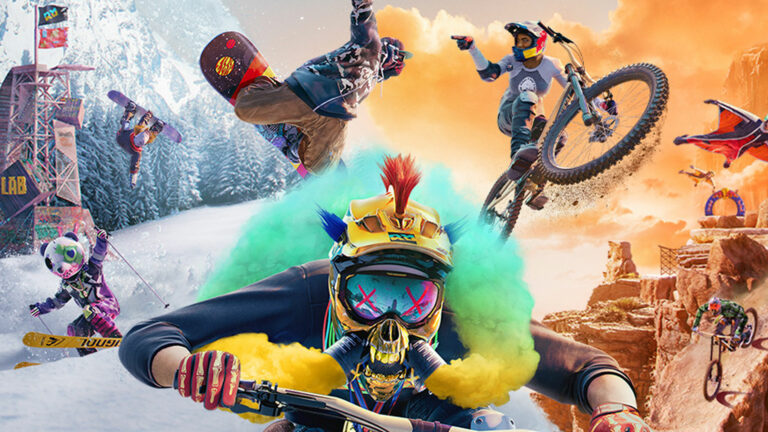 Ubisoft’s Mass Multiplayer Outdoor Extreme Sporting Game Riders Republic has launched its open beta and you can try the game in beta until August 28. The new beta for the Riders Republic, an open-world sports game from Ubisoft, is only available for two days and runs on PC, PS4, PS5, Xbox One, and Xbox Series X / S until August 28, giving players the chance to get comfortable with the game. Players can enjoy the upcoming Riders Republic Beta throughout August before the games are fully released on October 28, 2021.

The public beta will be available via Ubisoft Connect and Epic Games Launcher for PlayStation 4, PS5, Xbox One, Xbox Series X, and PC. If you want to try the game before you buy it, you can sign up for the closed beta version of the games, which begins on August 26 and ends on August 28th, 2021 on Ubisoft’s website. It’s not due until a few months before the October 28 release date, but the roll-out of the Invitations for Beta is only a week away and will be available two days later.

Ubisoft has also revealed that a closed beta for PlayStation 5 and PlayStation 4 will begin on 23 August and run through 25 August with preloading a few days later. Interested parties can register on the Riders of the Republic website for the beta. Ubisoft points out that participants can send beta invitations to two of their friends.

Players who wish to participate in the Public Beta for Riders Republic must register on the official site of the game. From today until August 25, everyone can sign up for the closed beta announced a few weeks ago and get a taste of the game. The question remains whether it’s too late to sign up, but fingers crossed the open beta will be the window for Ubisoft’s open-world snow, dirt, mud, and scraps before the official release on October 28 and players can try it out without registering.

If you would like to take part in the Public Beta for Riders Republic, you have to follow these steps, Firstly go to the Ubisoft official website, and select the game’s register button, choose your preferred platform, sign in using your Ubisoft account or create an account if you don’t already have an account. Note that a Ubisoft account is required to sign in, so create one if you don’t have one yet. This guarantees you access if you are a Ubisoft member. Ubisoft will have to wait until August 23 to roll this out, after which they will be guaranteed access. PC players can download the game to their PC via Ubisoft’s Connected PC Game Library.

The beta will introduce players to career modes for three sports, including in-game cycling, snow tricks, and aerial sports such as rocketwing and wingsuit. In multiplayer mode, career events are experienced by up to 5 other drivers, and players can send beta invitations to up to 2 friends to rip themselves to shreds.

It is a career mode similar to Skate 3, but with a social node where players can interact. Mass Race and Trick Battle give players the chance to compete in 6v6 matches to conquer targets and earn points for doing well on each trick target. You can also spend time in Creative Mode to create trails that are challenged by other players and chosen by the community as a feature of the game.

Riders Republic, the upcoming Extreme Sports game by Ubisoft, unveiled at Gamescom a new trailer along with the 28th October release date and open beta. Ubisoft’s Riders Republic is the spiritual successor to Steep 2016. Players will have the opportunity to test the game before its official release thanks to a closed beta that will take place in the next few days.

The trailer will be released to coincide with the launch of the closed beta, which was announced a few weeks ago. The beta is a work-in-progress version of the game, so the progress you make is not transferred to the last game. Hopefully, the closer we get to the start, the more delays the game will not experience.

The multiplayer activities in Riders of the Republic will be structured so that you can go to a specific location near the main Riders Ridge node and participate in mass races that can accommodate up to 32 players on the current consoles, up to 64 players on PCs and up to a next-gen console such as the PlayStation 5 or Xbox Series S. If you like this type of game, you will want to sign up for the beta, which will take place on August 23rd.

If you want to experience the thrill of 5 different extreme sports in a vast open-world, this is your best chance to see for yourself. It is an exciting extreme sports MMORPG, and it introduces players to extreme, real themed areas where they can ride a bike, snowboard, ski, fly and wait for victories with other players. The Riders Republic will never make you feel lonely, and Ubisoft has done a remarkable job of making the world come alive.