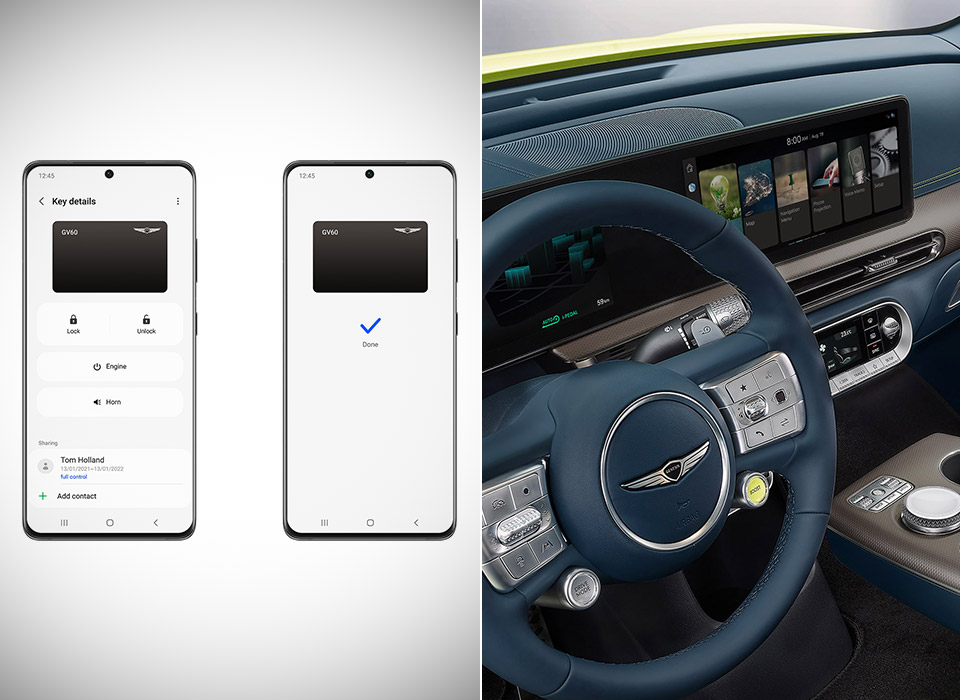 Samsung is one of the world’s most popular technology companies that never stop innovating its way to success. With cutthroat competition from companies like Apple, OnePlus, Microsoft and Google, Samsung has secured its separate market space with a loyal customer base spread worldwide.

Having said that, on the launch of the Samsung Galaxy S21, the company launched an interesting feature- digital car keys and recently, it finally added its support for the feature in its latest flagship smartphones. The company said that it launched its latest digital car keys with ultra-wideband and NFC support, first in South Korea and that too with just one car to start with, for the time being, and that is the all-electric vehicle- Genesis GV60.

As mentioned in a report by The Verge, Samsung’s Ultrawide Band supported smartphones which include the latest Galaxy S21 Plus, Galaxy S21 Ultra, Galaxy Z Fold models, and more allows the owners to unlock specific accessibility features without pulling their smartphone out of the pocket, Samsung promises efficiency and convenience with these new features and we are betting on it.

Genesis GV60 owners using a Samsung flagship smartphone supporting Ultrawide Band and NFC will be able to lock and unlock their car using their smartphone. Other than that, with your phone in your pocket, you will also be able to start your car and make adjustments to seats, the volume of the music, windows, and mirrors with just their smartphones.

Samsung digital car keys will be a game-changer for the world, and I understand you might be having a lot of questions regarding its functionality but hear us out for now. Your Samsung digital keys will be stored in Samsung Pass and protected by “embedded Secure Element” which, according to Samsung, can also be shared with other members of your family.

For situations where your son might take your car to his university, you can share your digital car keys to your son’s Samsung smartphone supporting the same technology.

Well, starting with just one car and only launching the feature in South Korea seems like it will take time for a global launch, but according to Samsung, the company has partnered with Ford, Audi, and BMW and hopefully they will include this feature in the next iterations of their cars.

Samsung is coming at par with Apple’s technology after it launches this new feature. Apple introduced digital car keys enabled by the U1 chip, the same chip that powers Apple Tags, last year.

What do you think? Will you be interested in buying a Samsung smartphone especially for this new feature? Let us know in the comments below.