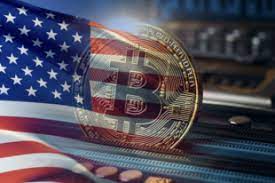 Ripple that has been facing a lawsuit from the SEC for a long time now recently suggested a “real approach” to crypto regulation. The company has faced the problems of poor regulatory decisions, and therefore, it’s clear why they suggested this. In fact, the company made it clear that whatever they were saying was learned by them after having direct interactions with regulators and policymakers. The CEO of Ripple said that the “proposed policy framework is a three-pronged approach of what can be done now”.

The company’s ideas take into account the most important aspect that the SEC is shouldered with. It is the protection of customers and the markets. But Ripple doesn’t just value this; their idea is to enhance innovation but not at the expense of protection. The company announced that its framework is designed to offer an “immediate and pragmatic approach to crypto and digital asset regulation in the US.”

Ripple said that their belief is that in order to have the best framework, it is important that there is public and private collaboration. At the same time, while these new regulatory frameworks and innovations are adopted, the existing ones will be modified. They also said that this regulatory framework would help the US in crypto innovation but also take care of consumer and market protection at the same time.

So what is this regulation?

The most important part of the framework is to bring clarity. Ripple has been a victim of not getting clarity and facing a lawsuit from the SEC. So, they don’t want that the same thing to happen to other companies. The company also added that the present ad hoc regulation by enforcement strategy is not a solution to this. And this is something the SEC has been doing for a long time and has been blamed over. But it’s not all bad; there are a lot of officials who understand that this approach is not going to work out in the long term.

It’s been seen recently that companies are giving their take on how regulation should work. We had Coinbase give a statement a while back saying that there are over 50 regulators in the US, and we need just one. So, what are your thoughts on this and Ripple’s “real approach” to crypto regulation? Let us know in the comments below. Also, if you found our content informative, do like and share it with your friends.

Also Read: Should you be worried about the latest Bitcoin dip?