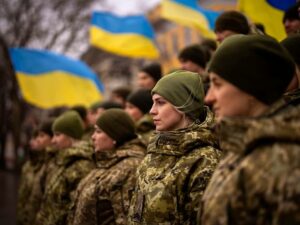 It appears as though Ghostwriter, a Russia-linked group involved in hacking and disinformations was executing one of these campaigns. According to Meta, this group acquired the access to the Facebook account of real users. They got hold of these accounts and made it the medium where they posted such disinformation.

Meta clearly stated that they had detected several attempts to target users on Facebook to post videos on Youtube. These videos were specifically of those that portrayed troops of Ukraine as surrendering to Russia, and making the look weak. This included a particular video that claimed to showcase such soldiers leaving a forest, and carrying along a white flag that indicated surrender. The tech company assured that they placed additional security surrounding the accounts that were targeted. Along with that, they had informed every user whose accounts was one out of those compromised.

“We also blocked phishing domains these hackers used to try to trick people in Ukraine into compromising their online accounts,” Meta said.

Moreover, the disinformation campaign involved in this other than the Ghostwriter group, made a similar attempt. They made use of a network of fake social media accounts belonging to fictitious users. They portrayed these fictitious users as people who were based in Kyiv, the Ukrainian capital.

According to Meta, this process involved the running of certain websites pretending to be independent news outlets. These sites claimed how the “West” betrayed Ukraine, which led to it being a failed state. The tech giant further commented that display pictures on these fake accounts were most probably made by the use of Artificial Intelligence referred to as generative adversarial networks. At the disruption of the network, it had less than 4,000 accounts following few others of its pages. Other than Facebook, less than 500 accounts were following a couple if their accounts on Instagram.

There are happenings at the tech said of the war apart from these hacking groups posting disinformation. On Friday, Facebook released advice on how to lock and protect accounts of the Ukrainian users. Russia, on the other hand, stated that they would be restricting Facebook access as retaliation to them censoring state media channels. Finally, Meta placed a ban on these Russian state media from running ads on their social media platform.