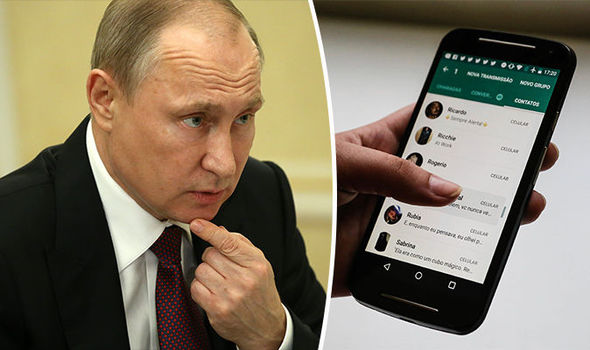 WhatsApp is one of the world’s most popular instant messaging app which is owned by Facebook Inc, the social media conglomerate. It is fact that the messaging app has been under major scrutiny in the past and this time, it is no different.

According to recent reports, Russia has filed a lawsuit against WhatsApp for violating the country’s privacy laws. Interfax news agency reported that the instant messaging app failed to localize Russian users’ data within the Russian territory which is allegedly against Russia’s personal data laws.

Russia has been known in the past to blow big hits on ‘Big-Tech’ companies including Google, Twitter, and others. This time around it was Facebook Inc. as the country files lawsuits to compel these foreign technology firms to open offices in Russia, as mentioned in a report by Reuters.

It seems like Facebook Inc.’s WhatsApp is prey to the same scenario. Russia does not want any data related to Russian citizens to be shared outside of its territory to safeguard itself from rival countries and has thus, made it a law. WhatsApp has failed to comply with this law and as a consequence, the Russian government has filed a lawsuit.

In simple words, Russia wants WhatsApp to establish a local office within the country and operate it to save WhatsApp’s data to Russian servers only, making sure that the information does not go out of the country’s territory.

Also, it has been cleared by WhatsApp multiple times that messages, media, and chats shared on WhatsApp are secure and end-to-end encrypted, meaning your chats and other data cannot be accessed by anyone except you and the person you shared it with.

However, WhatsApp recently changed its privacy policies in India on demand from the Indian government that it is mandatory for the messaging service to trace the origin of payment made if required by the authorities, and no choice was given to the people but to accept the new policy. It is essential to mention that the new system will be operating only to store payment-related data in India as the move is in line with the Central Bank’s directive.

Furthermore, just recently, Alphabet Inc.’s Google is also known to be fined by the Russian authorities for approximately 3 million roubles for violating personal data regulation and registered administrative litigations against Twitter and Facebook for the same wrongdoings.

According to the report by Reuters, WhatsApp could be fined between 1 million and 6 million roubles ($1 = 72.9350 roubles), as mentioned in Interfax’s reports citing court documents from the Russian government. A date by the court of law is yet to be decided!

In conclusion, it might be plausible that WhatsApp may be fined for its violation of personal data law or privacy policies. Facebook’s comment on the matter is eagerly awaited as WhatsApp being one of the biggest messaging platforms across the globe is accused of something, neither of us knows is right or wrong.