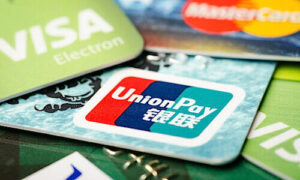 On Sunday, March 6, several banks in Russia made the announcement stating their plans on switching to a new card operator. They stated that they are to start the issuing of cards making use of a card operator system from China. This would be in collaboration with the Russian network, ‘Mir network.’ The announcement from these banks come after card operators like MasterCard and Visa suspended their services in Russia in wake of the tensions in Ukraine.

The banks made this announcement regarding the switch to the Chinese operator system, ‘UnionPay.’ The Russian banks participating in the switch are Alfa Bank, Sberbank, and Tinkoff. The news was first covered by Reuters on Sunday, March 6.

The decision taken by the banks comes just a day after the announcement made by MasterCard. MasterCard stated that none of their cards, which are issued by banks in Russian, would be supported by their network. Along with that, they specified that any card under their network issued elsewhere, would not function in any ATMs or stores in Russia. Similarly, Visa made an announcement stating that they are moving towards the suspension of all Russian transactions in the following days. Moreover, this decision came forward over a week following the initialisation of Ukrainian tensions.

Mastercard said it does not “take this decision lightly,” in a statement.

Al Kelly, the Chairman and Chief Executive Officer of Visa also gave a statement on the current situation. He stated that the company is under compulsion to act according to the Russian invasion of Ukraine. Additionally, he referred to it as “unprovoked” and how the decision was essential taking into account the “unacceptable events” that the world has been witnessing so far.

These announcements from the banks were visibly delivered within a span of minutes from one another. In fact, it came right after a private video call held between US lawmakers and Ukrainian President Volodymyr Zelensky. Zelensky requested to the lawmakers to switch off the functions of Visa and Mastercard in Russia. Notably, Representative Brad Sherman brought forward this aspect of the news on Sunday.

Associated Press presented a report, giving a statement as to what role Russia played in Visa and Mastercard’s revenue. Russia contributed for 4 percent of Visa’s entire net revenue in the previous fiscal year. Along with it, Russia accounted 4 percent of the net revenues of Mastercard last year as well. This was through their business both in and out of the country.