Tom Cruise won’t be the first actor to be shooting a film in space. Russian director Klim Shipenko with two cosmonauts and an actress is set to take off and shoot in the ISS next month. It will be a 12-day shoot for the film The Challenge. The crew will be launched from a Soyuz MS-19 craft on October 5. 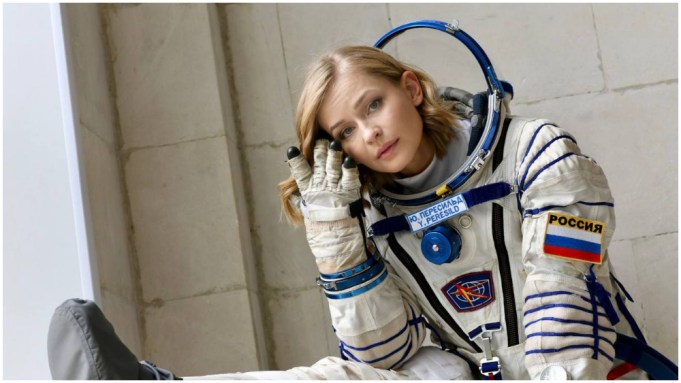 Going from Baikonur cosmodrome in Kazakhstan, the crew plans to get back to earth after 12 days of shoot in the International Space Station. Around 220 miles away from earth, the director will be announcing, “Action!”

Director Klim Shipenko says, “This movie is built around a story of an ordinary person.. a doctor who had nothing to do with space exploration and never thought about it is offered to travel to the ISS..and save a cosmonaut’s life.” The movie will also have cosmonauts piloting. Further, Shipenko adds, “I won’t be starring in it but still I will need to figure out how a movie is produced in such an unusual place as outer space.”

The lead and the only actress in the movie is Yulia Peresild. She said that she had to learn to do her own makeup and also design her own costume. Saying, “It will not be on the same level as on Earth, but we will do our best. We are ready for it.” The actresses had to learn fast during her crash course at Yuri Garin Center. The crash course was in Space Travel for the Cosmonaut Training.

A whole new level for filmmaking

Additionally, Persesild also said responding to the inevitable question, “It is a bit too late to be afraid because we’ve come so far, there is Baikonur ahead and a lot of things (to do) and to be honest, there is just no time left for fear. If you’re afraid of wolves, you shouldn’t go into the forest.”

Klim Shipenko is known for the film Son of a Rich, a comedy film that is around a pampered and spoiled man who is tricked by his father. This movie is known to be Russia’s highest-grossing film in history. Now, by going to shoot a film in space, Shipenko is up to break many more records.

Tom Cruise movie was the first movie that was announced to be scheduled for a shoot in the space. Known as Luna Park, the iconic Mission: Impossible franchise star, he was known as the first one to be going for space filmmaking. Tom Cruise teamed up with Elon Musk’s SpaceX for the movie, and the movie was planned to be shot in the International Space Station and the space partially. There have been talks that the movie was canceled, but no confirmation as such was known. So the $200 million project by Doug Liman will go ahead as planned.