Salvadorans protest against the bitcoin law 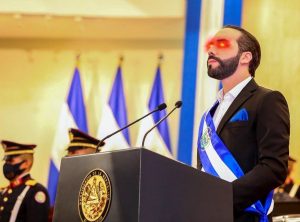 El Salvador’s financial revolution is approaching but not everyone’s on the Bitcoin train. The decision of President Nayib Bukele to tender Bitcoin law, which kicks into office on September 7, does not go well with a large section of the population.

Law not supported by the world bank

Previously, President Nayib’s idea to make bitcoin the legal tender have already been rejected by the world bank.

On Wednesday, the World Bank said that because of environmental and transparency disadvantages, it could not help El Salvador implement Bitcoin.

The world bank spokesperson said by email: “We commit ourselves to support El Salvador in many ways, including currency transparency and regulatory processes.

“While the government has approached us for Bitcoin assistance, this cannot be supported by the World Bank, given environmental and transparency weaknesses.”

The Government of El Salvador did not immediately answer Reuters’ request for the decision of the World Bank.

The Bitcoin Law was approved by the Salvadoran Legislative Assembly on 8 June 2021, promoted by populist President Nayib Bukele and voted by a ‘super majority.’ Bitcoin will then have the status of ‘legal tender in El Salvador, effective 7 September 2021. This means that “every economic agent shall accept Bitcoin as payment when offered by someone who acquires the good or service” as set forth in Article 7 of the new legislation. The legislative framework in El Salvador should be of interest to both crypto-lovers and sceptics as the first sovereign state to grant ‘legally tendering’ status to Bitcoin.

First, the Bitcoin Act is constitutionally overlapping and could cause El Salvador to face a serious financial and political crisis. The effect for its citizens will certainly be widespread. Secondly, the Eurozone observers are extremely interesting as the legislative framework in countries like Malta may be replicated and may conflict on issues relating to monetary policy between the ECB and the Member States.

The risks of the Bitcoin Law however are more than the advantages specifically. If safety, confidentiality and rapid processing are a concern, El Salvador might have used a “stablecoin” instead of Bitcoin. “Stablecoin” is a class of cryptocurrency offering stability because it is supported by a reserve asset – usually a different fiat or gold currency. For instance, if Bukele had made Tether a legal tender fixed at a one-dollar price, the security and decentralisation of cryptocurrency in El Salvador had benefited without bitcoin volatility. It may be a missed opportunity to pass the Bitcoin Law, not the ‘Stablecoin Law.’