Since El Salvador became the first country to adopt bitcoin as legal tender, a rising number of El Salvadorans have experimented with it, with a couple of million dollars being sent daily by migrants using the cryptocurrency. 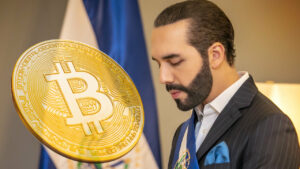 However, just a small percentage of the Central American country’s businesses accept bitcoin payments, and the government’s cryptocurrency program has been plagued by technical issues, infuriating even the most ardent bitcoin users.

Adalberto Galvez, 32, a construction worker, said he lost $220 trying to withdraw cash from the Chivo digital wallet. Hundreds of Salvadorans told Reuters they experienced at least one issue with Chivo, which is named after the local word for “good,” and few had used it daily, like Galvez.

“It took my money but provided me nothing,” said Galvez, who had been successfully using bitcoin for months with another program at Bitcoin Beach, an experimental small-scale bitcoin economy initiative in the seaside village of El Zonte.

Others have also reported issues with transactions and attempted identity theft. President Nayib Bukele has attributed the problems Galvez and others have had on strong demand. Chivo and a spokeswoman for the president’s office were unavailable for comment.

According to Bukele, three million people have downloaded Chivo, which is nearly half the country’s population and 500,000 more than the intended aim. He said the wallet had 2.1 million active users in September.

According to the Salvadoran Foundation for Economic and Social Development, 12 percent of consumers have used the cryptocurrency in the month after its inception.

“Since yesterday, Salvadorans are inserting more cash to buy Bitcoin than what they are withdrawing from the @chivowallet ATMs,” Bukele tweeted on Wednesday. “This is very surprising so early in the game”. However, according to the foundation, which interviewed 233 businesses across a variety of industries, the overall use of bitcoin is still minimal, with 93 percent of businesses reporting no bitcoin payments.

“We still don’t know what benefits the government expected,” Leonor Selva of the National Association of Private Enterprises, one of the numerous industry groups suspicious of the deployment, said.

“Most of the people who got that bonus wanted to see how they might spend it, therefore some clients paid us with bitcoin,” Diaz said, adding that bitcoin is currently used by 20% of his customers.

“Chivo has benefited small businesses since it makes it easier for customers to pay,” Diaz said.

Also read: MoneyGram has teamed up with Stellar