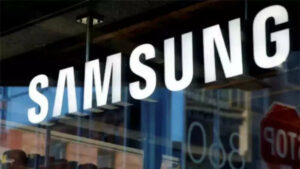 This week, Samsung Electronic Co Ltd. turned in its best quarter since 2018 with a year-on-year rise of 11%. Moreover, this is as demands for its memory chips lingers from server customers offset lower sales to smartphones companies hit by inflation..

On Thursday, the South Korean memory chip and smartphone stated how its April- June profit rose to about 14 trillion won ($10.73 billion) from last year’s profit of 12.57 trillion won. This was just a bit shy of a 14.45 trillion won SmartEstimate as of Refinitiv.

In a brief preliminary earnings release, Samsung stated how its revenue likely increased 21% from the same period a year before to 77 trillion won. This was pretty much in line with market expectations. This month, the electronics giant is set to release its detailed earnings.

Last quarter, the chip profits of Samsung were shielded from, according to analysts, the looming glut at customers following high demands in the last couple of years. This was as large tech companies in the US making use of a lot of data centre services kept purchasing chips to meet cloud demand,

“Korean manufacturers were the first to signal a willingness to discuss a quarterly pricing reduction of more than 5% (for server DRAMS),”

However, prices of particular DRAM chips dropped around 12% in June as opposed to what it was a year back. According to TrendForce, these chips are ones used in tech devices, along with servers. Moreover, analysts are expecting the prices to go on to fall further as demands for laptops and smartphones continue to weaken.

TrendForce points out how the only ‘effective sale outlet’ left is Server DRAM. Hence, the Korean manufacturers were the first ones to point to readily discuss on this. The discussion would mainly be on the quarterly pricing reduction of over 5% for server DRAMS.

Additionally, it stated how the prices of NAND Flash chips needed for data storage in tech devices, would expectantly fall about 5% in July-September juncture, from the preceding quarter. Chipmakers all around are visibly witnessing from cooling demand following two years in the Covid-19 pandemic. This was the time when people everywhere purchased devices to work from their homes.

As we know the sales of smartphones have slowed recently owing to a number of reasons. These include unchecked inflation, concerns over a recession in markets, the Russia Ukraine conflict, along with lockdowns in China. Notably, analysts stated how server chip demand is currently the only source of light in the market. In morning trade, shares of Samsung rose 0.9%.