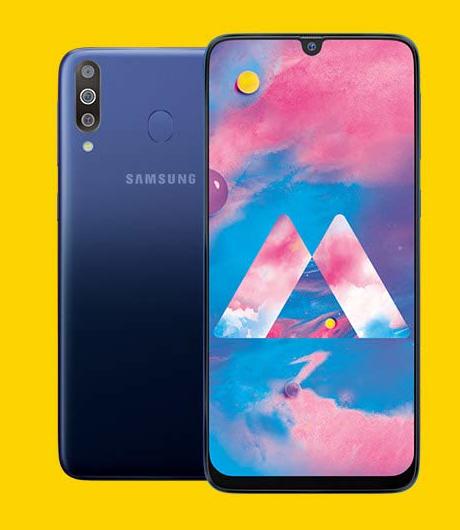 Samsung has launched a new smartphone under it’s Galaxy M Series – Galaxy M30. The smartphone comes with a Super AMOLED FHD+ display. Let’s take a look at the specs of the smartphone.

The smartphone has glossy back. It has triple rear camera, flash and fingerprint sensor at back.

The Galaxy M30 has power and volume rocker buttons on right side. The SIM tray is present on the left side.

At bottom, the smartphone has primary mic, 3.5 mm headphone jack, speaker and Type-C port for charging and data transfer.

Samsung Galaxy M30 has 6.4 inch Super AMOLED FHD+ display. The resolution of the display is 2280×1090 pixels. The smartphone has 19.5:9 screen aspect ratio.  The display has a U-shape Notch at top. The company has named it Infinity-U display.

Samsung Galaxy M30 is powered by Exynos 7904 processor. The company has used the same processor in Galaxy M20.

The smartphone has Mali-G71 MP2 GPU for graphical tasks.

The company has put the fast charger in the box.

The combination of 5000 mAh and fast charging makes a good combination.

The Samsung Galaxy M30 comes in two variants. The base variant has 4 GB RAM and 64 GB Internal Storage.

The another variant has 6 GB RAM and 128 GB Internal Storage.

The Galaxy M30 runs on Samsung Experience v9.5 on the top of Android Oreo 8.1. The company claims that they have reduced the bloatware in this UI. The company also promised that they will roll out Android Pie update soon. 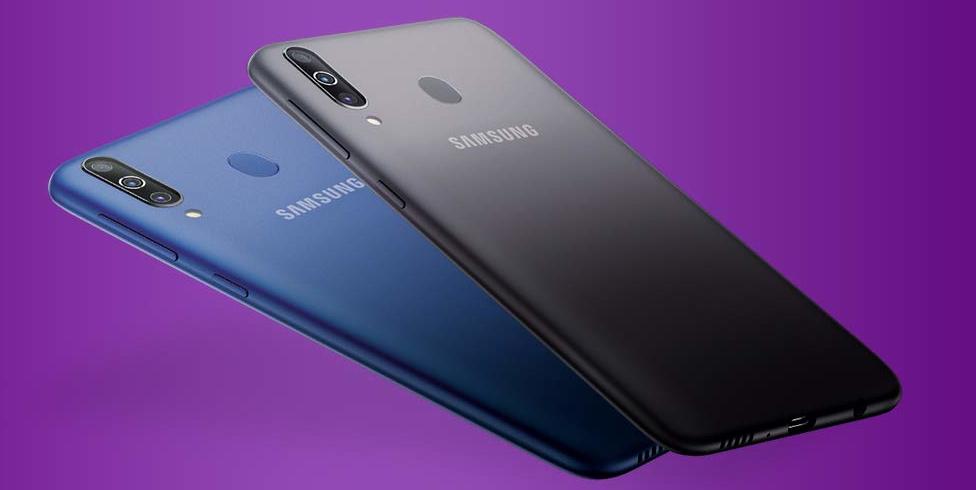