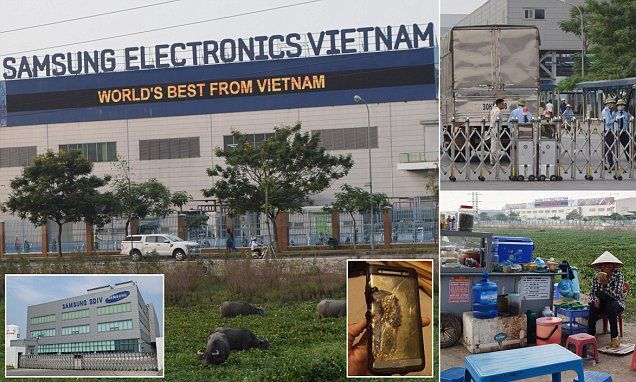 Samsung plans to expand its plant in the northern province of Bac Ninh this year in order to improve its foldable device production capability.

According to The Korea Economic Daily, the company plans to begin the expansion project in the second half of this year, with full operation expected by the end of 2021 or early next year at the earliest.

This will expand Samsung’s annual foldables production capacity by 47 percent, from 17 million to 25 million.

Samsung’s plan to increase capacity is primarily motivated by increased market demand. According to the article, Samsung’s third-generation foldable models received 920,000 pre-orders in South Korea, which is 1.8 times higher than its most recent smartphone, the Galaxy S21.

“Samsung’s factories that make foldable devices are already operating at full capacity. Samsung has no option but to expand its facilities,” a source told the newspaper.

The company will likely add three more production lines to its present seven, allowing it to manage production capacity more flexibly, according to the source.

Samsung is Vietnam’s largest foreign investor, with six units and plans to create a new research and development center in Hanoi next year. Approximately 3,000 Vietnamese engineers are expected to work there.

Last year, the South Korean firm invested over $17.7 billion in Vietnam, employing over 110,000 people and exporting over $56 billion in goods.

The new foldables have received a lot of good feedback, well above the expectations of the firm.

When Samsung’s first-generation foldable device, the Galaxy Fold, was debuted in 2019, it only sold about 500,000 units worldwide, while its second-generation Galaxy Z series sold about 1.5 million. Meanwhile, during the one-week pre-order period leading up to its official introduction, Samsung’s latest Galaxy Z 3 models received 920,000 pre-orders in South Korea, 1.8 times more than its flagship Galaxy S21, which was released in January.

Samsung’s foldable smartphones are expected to sell 7.5 million by the end of this year and over 20 million by 2023.

To satisfy the increased demand, Samsung has increased the capacity of its phone production lines in Vietnam and other countries, sending out 3 million Galaxy Z series phones in the previous two months. According to market research firm DSCC, yearly manufacture of its foldable handsets is likely to climb 251% this year, from 500,000 units last year.