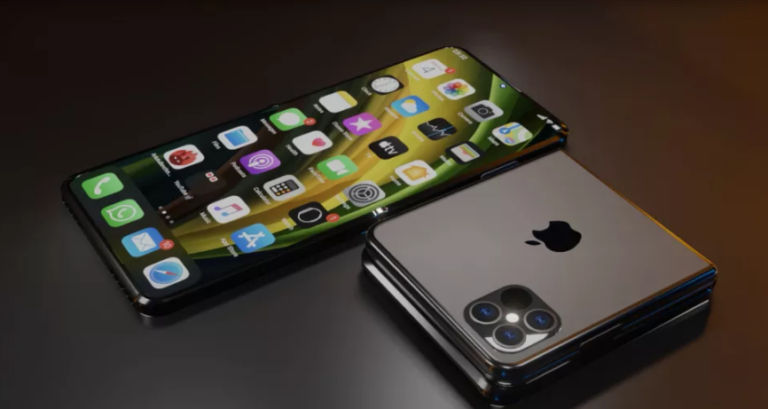 Apple is said to be working on an iPhone Flip, which is the moniker given to Cupertino’s first foldable phone. But, other than a few leaks, there haven’t been enough design leaks to offer us a good sense of what the phone may look like.

However, the possibility of a clamshell flip phone has been mentioned, prompting YouTube channel ConceptsiPhone to create a render of what the iPhone Flip may look like. And we’re rather taken with this design, especially because it includes functionality that we’d want to see on the iPhone 13.

The Samsung Galaxy Z Flip 3 is now the most popular foldable clamshell smartphone, owing to the fact that it is the only one that is readily accessible and offers excellent performance, specifications, and features. As a result, competitor phones have a lot of room to enter the foldable market.

The renderings for the iPhone show an appealing design that may see Apple take on Samsung in the foldable phone market if and when it decides to enter it. The rendering closely resembles a regular iPhone 12 that folds in half vertically. That doesn’t appear to be cutting-edge innovation. However, we defy anybody not to like the iPhone 12’s sleek flat edges and placing them on a foldable only makes sense.

But the renderings aren’t just about a foldable display. It also anticipates an under-display version of Touch ID, which was previously believed to be coming to the iPhone 13, but now appears to be an iPhone 14 feature.

This is one feature we’d love to see on future iPhones, folding or not, because at a time when mask-wearing is common and causes issues with Face ID, having an additional biometric security option would be perfect. According to one report, Apple is testing Face ID with masks, although it’s unclear whether this will be available in time for the iPhone 13.

A “120Hz ProMotion Liquid Retina XDR display,” similar to what we anticipate to see in the iPhone 13, or at least the iPhone 13 Pro, is one of the other important features the render predicts for the iPhone Flip.

And ConceptsiPhone’s video casually mentions the iPhone Flip might feature an Apple M1 chip, which we think is a little optimistic considering that the Apple M1 is truly a MacBook or iPad Pro 2021-grade chip, and the iPhone Flip is more likely to utilize the current A-series chipset.

Taking an iPhone 12 and adding a big foldable display with a reduced notch, as well as a fresh take on Touch ID, is enough to spark our interest. There is, however, a catch. Apple isn’t expected to release a foldable phone until 2023, according to rumors.

While this envisioned version of the iPhone Flip may seem fantastic by 2021 or 2022 standards, we’re hopeful that Apple will have a newer iPhone design to work with two years from now, as well as a notch-less iPhone. With that in mind, we expect the iPhone Flip to appear very different from the model shown above if it does really come in two years. We’ll have to wait and see.