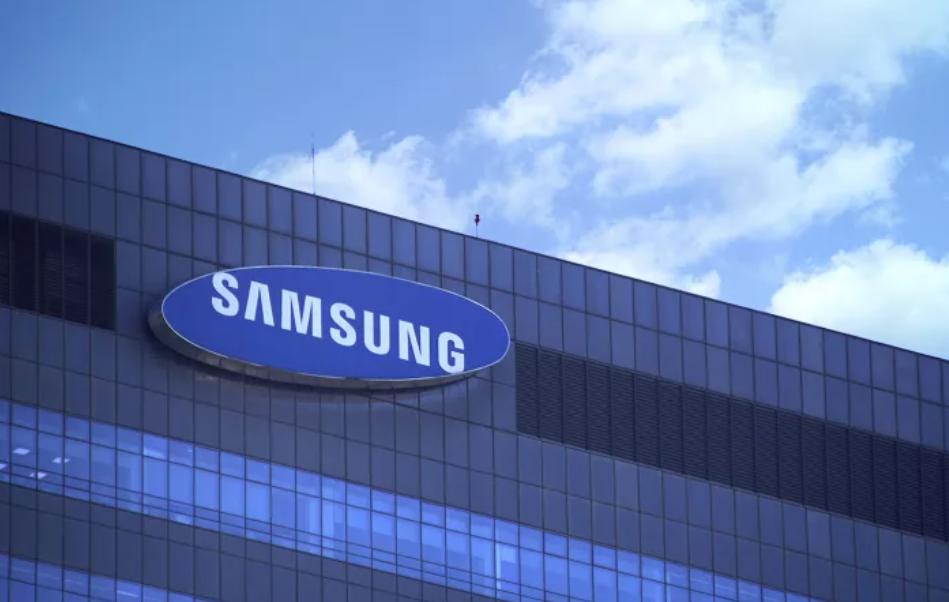 Samsung is forecast to overtake the lead in the semiconductor supplier rankings in the second quarter of this year, according to a recent survey. The announcement comes at a time when Intel is expected to have a poor quarter.

Intel’s success is expected to lag in the second quarter, according to an IC Insights survey, while demand for DRAM is expected to place the South Korean tech giant in the lead. 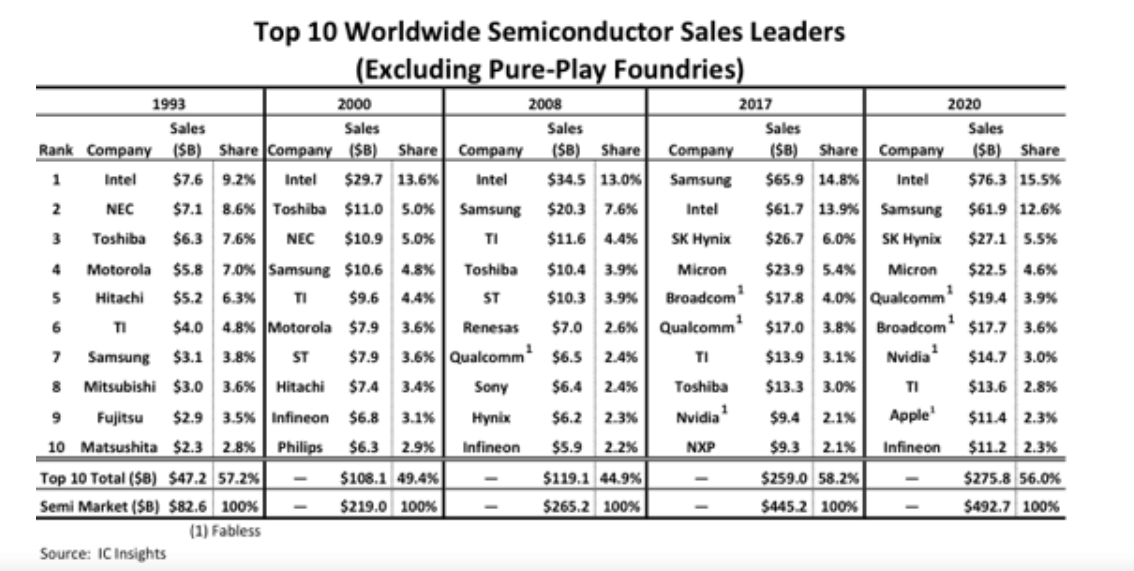 According to the survey, Intel dominated the semiconductor manufacturing industry from 1993 to 2016. Despite this, Samsung dethroned it in 2017 due to an increase in consumer demand. This was a significant victory for the group, which had been attempting to conquer the chip giant for years.

Prior to the memory industry crash in 2018, the South Korean company had occupied the top spot in the semiconductor supplier rankings for six years. Intel was able to reclaim the lead in the fourth quarter of 2018.

In 2019, Intel saw a market slump, but that was nothing compared to Samsung’s, which went from making 17 percent more revenue than Intel in 2018 to having 18 percent fewer sales only two quarters later. 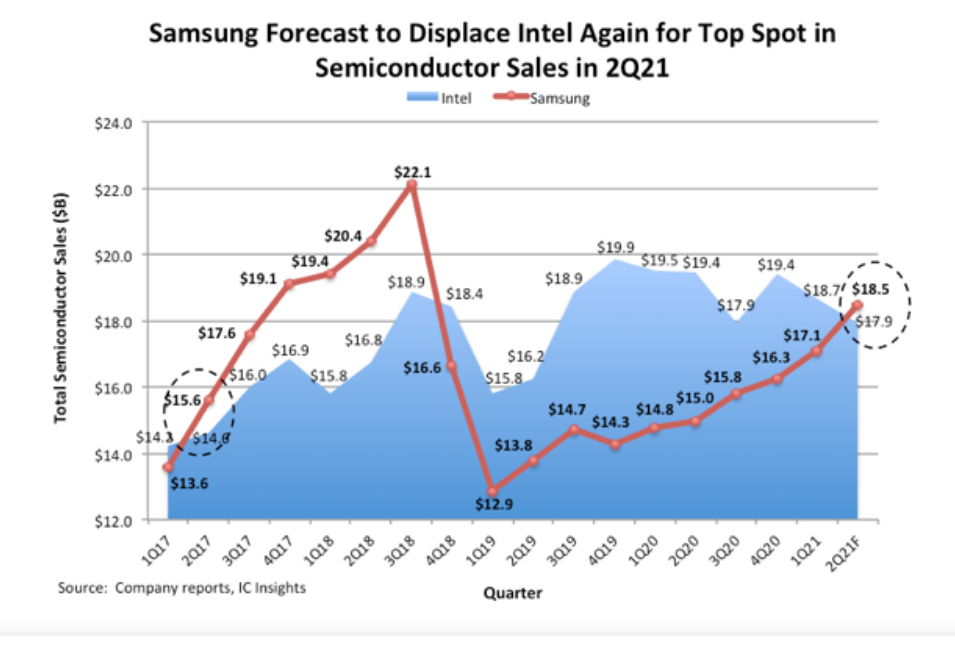 Intel dominated the global semiconductor industry in terms of revenue in 2020, with 15.5 percent of the market worth $76.3 billion. With revenue of 61.9 billion US dollars, it’s South Korean counterpart came in second with a 12.6 percent market share. In the second quarter of this year, Samsung is expected to reclaim its position as the leading semiconductor supplier.

Samsung again manages to stay in the top position after the major global chip shortage which impacted almost every industry around the globe for the manufacturing of the new products. Even the launch of Samsung’s own product, the Samsung Galaxy Note series got impacted.

Now, Samsung has been working on resolving the issues, and soon all supply chains for global chip shipments will get normal. Stay sticked to our platform TechStory.in to get more latest

updates related to technology, here we update you with the latest technology news every day.