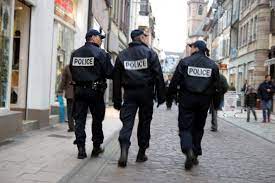 The San Francisco Police Department has now been mandated to have access to private cameras for live feed without a warrant after the proposal was accepted in a 7-4 verdict by the legislative body of the city. The new proposal which was brought by the Mayor of the city, London Breed,  is expected to come into effect after thirty days and is reported to remain effective for a period of 450 days. Access to private cameras is subject to the consent of the citizen.

The new legislation gives an important tool in the hands of police as it allows monitoring events involving security concerns. Private cameras can also be used in investigating criminal cases. The new legislation mandates the camera permission to be revoked after 24 hours of permission.

Under the new legislation, the San Francisco police officers would be required to submit the report, filing the details about the private camera access grant, under what circumstances and for what purpose etc.

However, the new legislation has also seen opposition from some quarters mainly because of privacy concerns. Organizations known for defending civil rights have alleged that the new legislation might have a chilling effect on the rights of citizens including the first amendment. The first amendment deals with free speech, and assembly of the press and restricts congress from making any law to curb them.

Electronic Frontier Foundation which has been upfront in voicing its concern has said in a statement that, considering the illegal activities are day to day happening, the new legislation allows the city police San Francisco Police Department to put San Francisco city under monitoring for an indefinite period.

Make no mistake, misdemeanours like vandalism or jaywalking happen on nearly every street of San Francisco on any given day — meaning that this ordinance essentially gives the SFPD the ability to put the entire city under live surveillance indefinitely,” the organization wrote in a press release.

Statement In Favour Of New Ordinance

Reportedly, more than fifteen organizations had come together in the summer requesting the mayor to not implement the new legislation. The organization asked the Mayor to at least consider the amendment.