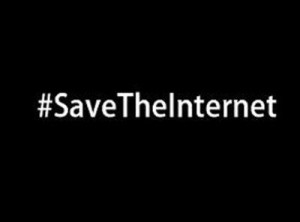 June 09, 2016:  The savetheinternet coalition, which was instrumental in mobilising public opinion on net neutrality, relaunched on Wednesday, urging people to send in submissions against the telecom regulator’s consultation paper on free data.

The Telecom Regulatory Authority of India on May 20 released a “Consultation Paper on Free Data” and said “this Consultation Paper is being issued to explore model(s) that could achieve the benefits of offering free data while avoiding the ingenuity that the Differential Tariff Regulation is meant to prevent. The model should facilitate the un-connected and under-connected consumer to become better connected and should not allow any TSP or large company playing a gatekeeper or biased role.”

There has been questions over whether net neutrality will be violated or not amongst experts with some examples cited in the paper.

The volunteer-led initiative went live again on Wednesday evening. “Savetheinternet. in has gone live because the new consultation on free data threatens to undo all the good work done by the Trai in February,” said Nikhil Pahwa, founder of medianam.com, and a savetheinternet.in volunteer.

“There appears to be a lot of pressure on the Trai, because the COAI (Cellular Operators Association of India) and Airtel have been sending them letters. The last COAI letter asked them to scrap the differential pricing regulation. There’s also a possibility that the telecom operators might go to court, after they won the call drops case. They’re putting pressure, and it is up to people like us, the users of the internet, to tell the Trai to keep the internet neutral and open, and not succumb to telecom operator pressure,” added Pahwa.