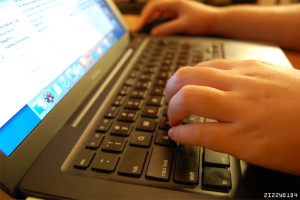 May 28, 2016:RS Sharma, Telecom Regulatory Authority (Trai) chief has said he is open to the idea of internet content being provided free of cost or at discounted rates, just like toll-free phone helplines, as the regulator looks at ways to increase internet access.

The proposal that is at a consultation stage, does not violate net neutrality and is not in variance with Trai’s February order prohibiting differential tariffs, since the data access has to be open to subscribers of all mobile operators said Sharma.

The Trai chairman told TOI in his first comments on the matter after the regulator floated a consultation paper on the subject of free data earlier this month said, “We have no objection in general if someone decides to provide content free, or at a discounted rate, if the same is made available to subscribers of all mobile operators.”  Trai’s new consultation paper had led to fears among a certain section of net neutrality activists that the regulator is having a rethink on its landmark order on differential tariffs, which had led to the end of zero-rated platforms such as Facebook’s `Free Basics’ and ` Airtel Zero’.
Sharma said “If there is a sale at a shop in Connaught Place, the deal should be open to everybody and not only to a select few, say only to those who enter from a particular road. Similarly, we are making a pitch for a telcoagnostic solution which will make the discounted or free content available to all subscribers and not restrict it to the users of only one mobile service.” He also adds “This has no conflict with the order on discriminatory pricing.”

`Free Basics’  from facebook provided access to only a few websites and was open to subscribers of only Reliance Communications. This had led to the service being labelled as a “walled garden”.

The Trai chief said the differential tariffs order would “in no way” run in opposition to the present consultation.”We are not compromising on any principle. Through the new consultation, we want to implement a toll-free equivalent in the world of data. This could be for services such as health, governance, knowledge about government schemes, or any other type of data. We are exploring this model. The only condition is that this should be unrestricted and without the involvement of telecom service providers.”