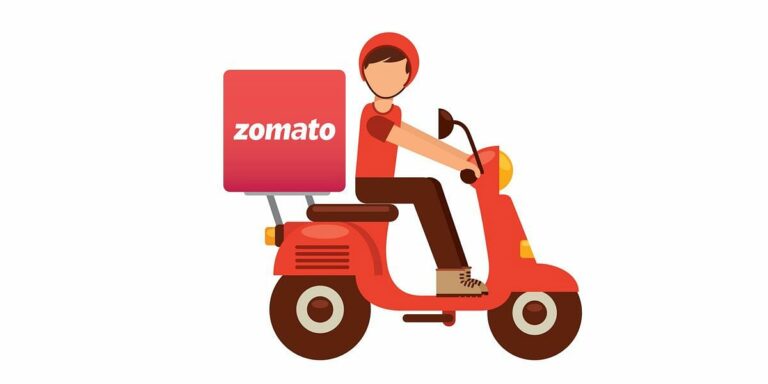 Zomato, a food delivery startup has received approval from the Securities and Exchange Board of India (SEBI) to initiate its Rs 7,875-crore initial public offering (IPO). According to insiders in the investment banking industry, the unicorn startup might hit the market as soon as this month. Zomato is expected to go public on stock exchanges price range of Rs  70 – Rs 72 per share, making it the second-largest IPO over the last four years following SBI Cards.

Zomato’s Draft Red Herring Prospectus (DRHP) has received a final observation letter, according to the SEBI website’s processing status. Securing a final observation letter is comparable to receiving approval to proceed with the IPO. At an estimated valuation of Rs 56,240 Cr or $7.6 Bn, Zomato plans to raise Rs. 7,875 crore from the stock market. InfoEdge, an existing investor with an 18% stake in the company, will also liquidate Rs. 375 crore of its shares. The company, on the other hand, has the option of raising Rs 1,500 crore through a pre-IPO placement. This might significantly lower the amount of a possible IPO.

The price of Zomato per share in the last round of funding was Rs 55-60, at an estimate of INR 40,000 Cr, or just over $ 5,4 billion. On 28 April Zomato filed its DRHP and declared that, in the face of the pandemic, it has been improving its financial status.

Zomato has Rs 4,967 crore in cash and cash equivalents at the end of the nine months ending December 2020. Tiger Global, Kora, and others helped the company raise Rs 1,800 crore earlier this year. The unicorn startup is also backed by Chinese billionaire Jack Ma’s Ant Group. Following the IPO, the company’s cash reserves will increase by Rs 7,500 crore, bringing the total to more than Rs 14,000 crore. Zomato will receive significant financial backing in order to capitalize on India’s fast-growing food delivery market, according to some analysts.

Last week, SEBI sent observation letters to Zomato, Chemplast Sanmar, and Tatva Chintan Pharma, according to the processing status of the draft red herring prospectus (DRHP) filed on the regulator’s website. According to investment bankers, receiving a final observation letter is equivalent to receiving approval to launch the IPO. Around 20 other DRHPs have been filed with SEBI and are in different stages of approval.

In the past two decades, only a few Internet companies have listed public in India’s stock market. Apart from Zomato, Paytm, Policybazaar, Nykaa, and Delhivery are also preparing for a public offering, despite the hype encircling the US listings of Flipkart and Freshworks. The performance of these IPOs will be a benchmark of India’s expanding startup economy and can lead to more inflows of funds to private markets.