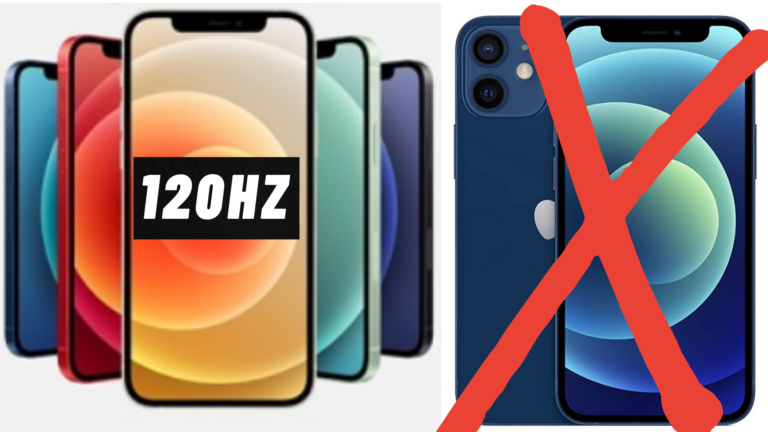 Apple has previously worked with Samsung to this year’s LTPO OLED screens for its 120Hz refresh rates for iPhone 13 Pro models.

Later this year Apple is scheduled to start its line-up of 2021 iPhones. However, with the following year’s models, the firm looks to be already working hard. According to The Elec’s recent claim, all the gadgets in the LG Display range of the iPhone 2022 are equipped with a 120Hz refresh rate.

The new 120Hz screens are based on polycrystalline (LTPO) technology at low temperatures. This is different from the model iPhone 2021, which is rumored to be exclusively displayed with 120Hz screens on the Pro versions.

LG Display conducts in-house discussions with manufacturer Avaco in order to get LTPO equipment for its facilities, according to a report. It adds that after the firm has been approved by Apple, the final order will pass.

Apple has previously worked with Samsung to this year’s LTPO OLED screens for its 120Hz refresh rates for iPhone 13 Pro models.

The non-Pro versions would utilize LG’s standard, 60Hz refreshing LTPS TFT OLED views. Samsung Display planned, in a previous Elec report, to create 80 million panels in order to produce the next iPhone 13, compared to only 30 million units from the LG Display.

For the current-gen iPhone 12 range, Samsung and LG are the sole display companies. The lack of a small version is said to be one of the reasons driving Apple’s 120Hz display switches across the iPhone 14 range.

Several sources indicate that the tiny iPhone 13 mini-series this year is being discontinued by Apple. This helps the firm to have two sizes and a lot larger battery that is very important to give greater rates for recovery.

The iPhone 14 series will also have a fingerprint sensor and a new 6.7-inch display, apart from high-quality refresh displays. There are also rumors that a hole-punch display on the iPhone 14 Pro will also exist.

Speculation with Apple iPhone 14 series of 120 Hz is still not officially verified by Apple, therefore we advise you to wait for Apple’s official confirmation. While Apple said that its new mini-series of Apple had low sales.

So Apple might be more inclined to stop its smartphone sector mini-series. We will inform you, however, if things are formally confirmed till TechStory stays tuned for further developments.