One; the terrible wave of covid-19 & other the terrific wave of start-ups in India.

According to the data provided by NASSCOM; more than 1600 tech start-ups were incepted during the last year, making the nation the third largest tech start up in the world.

But the most important aspect of start-up is funding which is backed by ventures that have ample amount of resources & experience in the field. Sequoia is one such name.

Friday, proved to be a day of revelation as the company revealed that it is no mood to make this journey of funding take a slow speed as it bagged huge amount of raise. To know more; let’s dive into details. 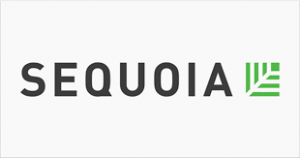 Sequoia is Bengaluru Based venture capital firm that has its motive to invest in early stage & late stage ventures. The major geographic area that they focus is India & South East Asia. It was incepted in 2000.

The major role that the company performs is to help the founders understand that they have somebody’s back. They set up a mechanism that makes the budding ventures an opportunity to get themselves assisted from the point of their IPO itself. The major categories that have been invested upon and the the prominent start-ups that have been backed up are:

The list is even more exhaustive but the major companies that have proven their callibre in the market belong to their portfolio list like Zomato, Truecaller, BYJU’s, wild raft, Just Dial, Whatsapp, Freecharge, Prizm, Vini Cosmetics, Apple Google, Airbnb, Tokopedia, Cisco, Practo, Dropbox, LinkedIn and Mu Sigma. They have a team of investment advisors, specialists, investment analysts through their strategic development process.

The company has successfully raised $ 3.2 Billion in 9 rounds.

Recently; the raise was about $ 195 million led by the company in the name of seed fund II. The company has a clear focus to double the rate at which the companies are getting incepted. The major mode to do that is through the program Surge which was started in 2019. The program has already made a huge induction in 69 startups through the cohort mode.

Four groups of the selected cohorts have managed to grab $ 172 million while 30 of the 52 start-ups have raised $ 390 million.

India currently has a momentum to be self-sufficient but that too in sync with complete modernization & technical upgradation. Therefore; the start-ups will not end here and the funding will be the crucial part that will be focused upon in the coming times to come.

The nation will establish its self-sufficiency through these capitalist funding across the globe. The stage is set; fundings are done; now the wait is just related to performances & positions.