Shark Tank India judge Anupam Mittal says sales of many companies he invested in have grown up to 25X Taking to Instagram, Anupam Mittal shared a picture with Rajat Jain, founder of Sunfox Technologies. 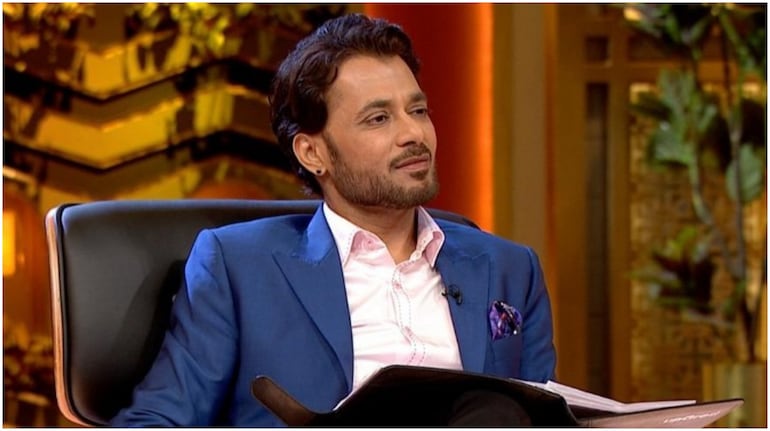 Anupam Mittal, Shark Tank India judge and founder and CEO of Shaadi.com, on Sunday claimed that several companies in which he invested, during the reality show, have seen an increase in sales.

Taking to Instagram, Anupam shared a photo as he interacted with Sunfoxx’s Rajat Jain. Posting the picture, Anupam said that the companies he invested in had their sales grow up to ‘25 times in a few months.

Anupam Mittal’s post drew a reaction from several fans. One of them wrote, “In my opinion, it’s a bit of both! Shark Tank gave them a platform to receive opinions and feedback and then there’s you who very thoughtfully chooses after having so much experience! Hats off and congratulations on yet another successful venture.”

Another Instagram user commented, “Actually, it’s your right choice of investment and magic of perfect strategy and hard work.”

When Sunfox Technologies pitched its product to the “Sharks”, it was touted as one of the most effective business proposals in the show Shark Tank India.

Thanks to #Spandan, a pocket sized ECG device, many lives can be saved. Congratulations #Spandan on your ALL-SHARK deal! We wish you the best for your future. pic.twitter.com/SjF3Nc792q

All the seven judges were interested in investing in their portable ECG device and had jointly offered to invest Rs 1 crore for 6 percent equity of the company.

What do fans have to say!

Several fans commented on Mittal’s post, one user wrote, “You are magic Anupam, real magic, not Koi Mil Gaya wala Jaadu love u man,” Anupam replied to the user and wrote, “Haha .. thanks.”

Another user wrote, “In my opinion, it’s a bit of both! Shark tank gave them a platform to receive opinions and feedback and then there’s you who very thoughtfully chooses after having so much experience! Hats off and congratulations on yet another successful venture .”

Commenting on the post, several fans wrote, “Sir your behavior and mannerism are that good, you deserve all the goodness in the world, my grandmother who understood shark tank to a little extent said this guy will have all the goodness as his heart spreads love in all directions.

“I think that the Shark Tank India has turned the tables for startups. Indian Customer has their heart in Television and they truly believe in the marketing done by TV. And Shark Tank has made a great place in the hearts of Indian Customers. And sharks are also responsible for the sales. TV has given great marketing on AIR no digital ad can get,” wrote another one.

“It’s shark tank magic, I am pretty sure the one which couldn’t get any investment at all should have grown 10x just by the exposure that they got. Coming this season with my product for 0 ask and, just to get the exposure. And lucky if I can get you guys on board,” said another one. 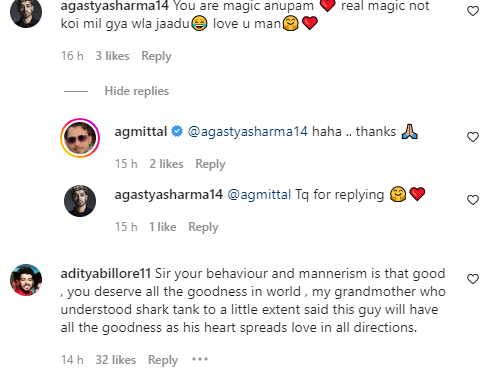