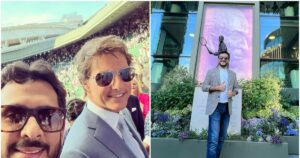 This week, Shark Tank’s Aman Gupta took to social media platform Instagram to share a ‘fan moment.’ The BoAt co-founder recently had the opportunity to meet Hollywood actor Tom Cruise at a Tennis match. Mainly, this was at the Men’s singles finals of the Wimbledon tennis championship held in London, England on Sunday, July 10, 2022.

On Tuesday, June 12, the Shark Tank fame posted a selfie of him and Top Gun star Tom Cruise, expressing his delight on meeting the American star. Taking his fan moment to Instagram, he wrote, “Fan moment for me meeting the legend @tomcruise.’ Further on, he stated how Cruise’s 1996 film ‘Jerry Maguire’ is his ‘all time favourite movie.’ Further, he stated how he could not ‘resist telling’ the star this fact.

In the Instagram post, he was seen clicking a selfie picture as Cruise is seen posing next to him in a blue suit and tie in the audience. The two were attending the final of the men singles of the Wimbledon tennis tournament at London last weekend. 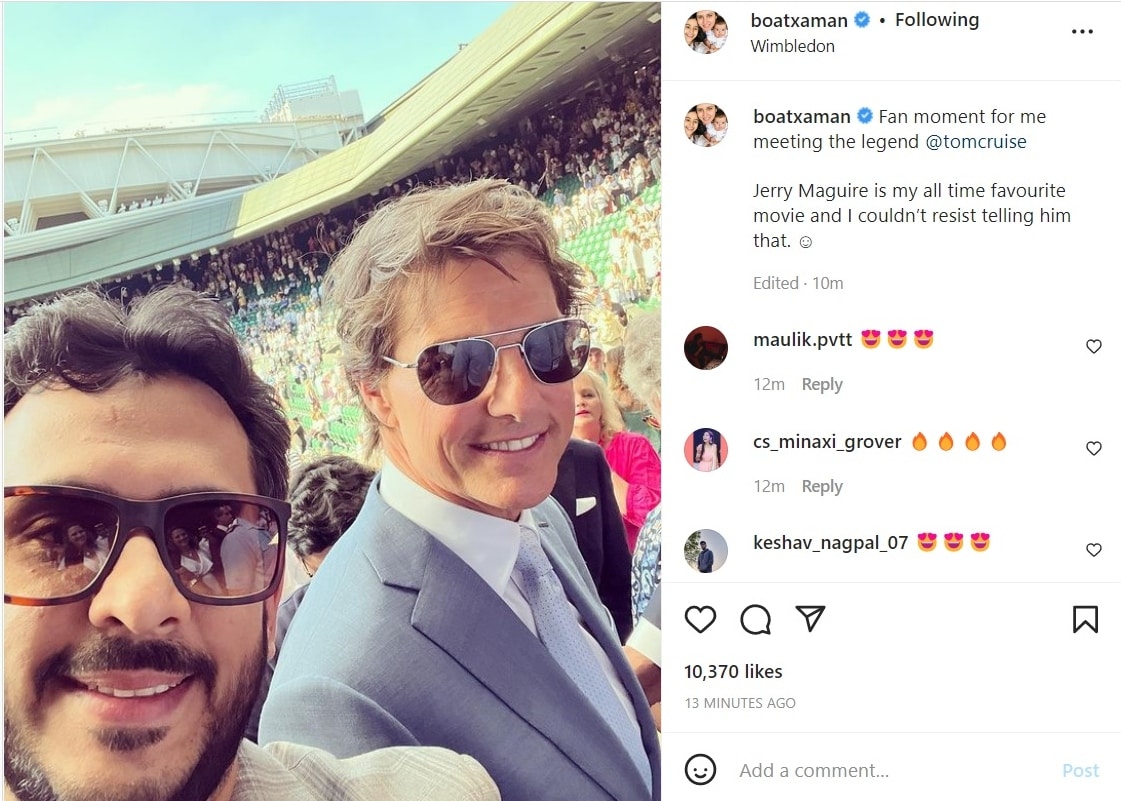 On the post, even Gupta’s followers on the platform visibly expressed their excitement on seeing his post with Cruise. One of the followers commented how they ‘stopped scrolling after looking at this picture,’ saying how they loved the actor. Additionally, another user wrote how Gupta posting this picture is like ‘double fan moment’ for them.

Recently, Cruise was seen in the film Top Gun: Maverick, a sequel to his 1986 film Top Gun. Top Gun Maverick emerged as highest grossing film ever with global ticket sales of $1 billion, as specified by Paramount Pictures. Clearly, Cruise is still thriving in the film industry.

On the other hand, Gupta is reportedly set to return to the small screen with Shark Tank’s next season. According to a promo shared by Sony, the new season is going to come back in April 2022. Not long ago, Gupta’s fellow ‘sharks’ such as Vineeta Singh, Namita Thapar and Peyush Bansal reunited during Bansal’s birthday celebration this month.