Shiv And Steve’s Exclusive On Bitcoins Growth And Snapdeal Valuations 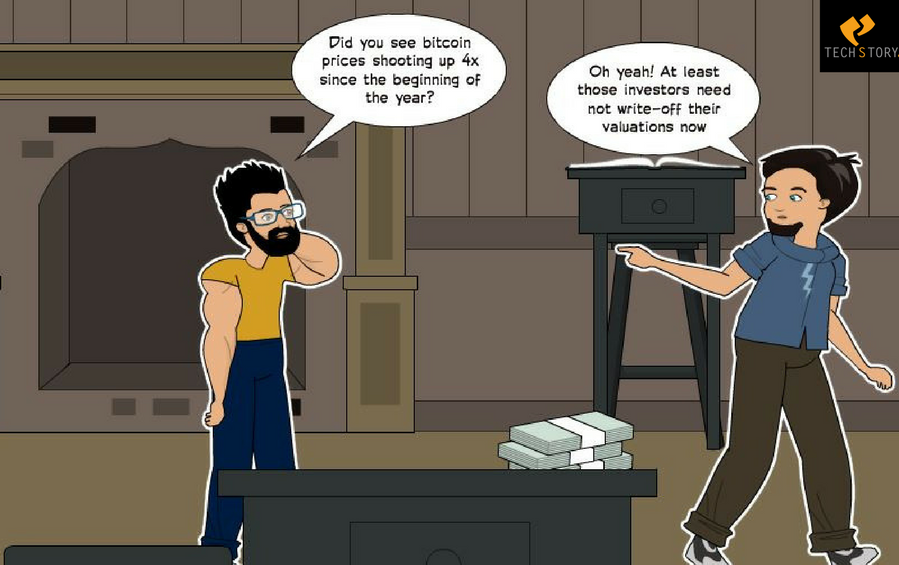 Steve: Should we say he’s not in-fosys anymore? ? Anyway, let’s just hope that people say Tata to all the mystery revolving around his reign as CEO at least now.. ? Why do I feel that this year is going to become a benchmark in high level exits? ?

Shiv: The year where CEOs quit! ? Kalanick finally responded to something that was accused by Benchmark!

Steve: Well it was definitely something.. The major doubt is what’s going to be the future of the company? ?

Shiv: I’m guessing a new CEO will bring Uber out of its misery. Btw, Bitcoin value has grown 4x in one year! ?

Steve: Oh yeah! I was wondering what if the investors who had put in their money on bitcoin exchange startup, invested in bitcoins instead.. ? All the hackers who got bitcoins as ransoms are lucky chaps.. ? What’s your idea of investing in bitcoins now? Will there be an increase in value or just write it off when things go south?

Shiv: Write things off? Why do you sound like Snapdeal investors? As long as the hackers don’t strike at HBO again, GoT should be in safe hands amigo..? But, looking at the rate at which the episodes are getting leaked, I am expecting to watch the season finale releasing today itself ?

Steve: Holy Mother of Dragons! If that happens, people at HBO should give out a statement, “the winter came early this time!”.. ?