The evolution of all social media giants has been colossal. They are no longer a simple messaging platform or a source of entertainment. The impact that these apps have on our lives is immeasurable and at the same time it has opened up several opportunities for the people. Users have found an opportunity to showcase their talents and even get recognition for it. Musicians, dancers, artists, chefs have all taken up these platforms. All this changed when trade and business were introduced into it. These platforms then evolved into a mediator for trade and people who previously didn’t have access to reach several people and publicize their products now found an opportunity to do so.

Watching the growth and evolution of these apps, multiple companies recognized the gains they could make and started advertising their products or interest by also demanding the assistance of popular content creators and celebrities who were active on these platforms. Advertising for these companies also helped users earn revenue from these platforms. This resulted in monetizing these platforms and revenue has been flowing through it ever since. Social media platforms like Instagram and Facebook have been the frontrunners in this initiative and Snapchat has finally entered the list. 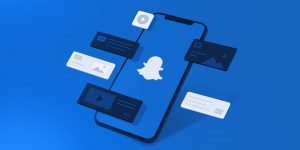 Snapchat was considered to be an app solely focused on mobile crazed kids who were attracted to the disappearing videos, images, and messages. Brands and companies were unable to comprehend this app at first and therefore didn’t know how to approach it. But that situation has changed. Snapchat has made tremendous progress since its launch in 2012 and its daily active user base has reached more than 186 million.

People have understood that building a presence in Snapchat is now a smart investment for many businesses but marketing with Snapchat is a bit more complicated than it is with other channels, which is why Snapchat has revealed creative tips for brands among which is precision targetting.

Advertising on Snapchat makes you capable of connecting with more than 238 million daily active users and its targeting features let you connect to the specific crowd you require. You can use Snap audience match to interact with snapchatters who had previously shown interest in your brand. Lookalike audience lets you connect with Snapchat users that are similar to your existing customer base on Snapchat. You can also approach snapchatters based on their previous buying patterns and viewing behavior. Mobile app custom audiences help you update audiences generated from data from your app passed back to Snapchat from your Mobile.

These new features though a little bit complicated for the users, it is expected to turn Snapchat into a haven for business and commerce pushing Snapchat higher up the hierarchy levels among other social media platforms.