Snoop Dogg, the well-known rapper, revealed on Monday that he is behind a Twitter account dedicated to NFTs. Yes, this is a genuine occurrence that has occurred. While Snoop Dogg has previously produced NFTs, this is nothing new for celebrities — maintaining a Twitter account dedicated to crypto and possessing about a hundred of the crypto tokens, on the other hand, is a whole new level. 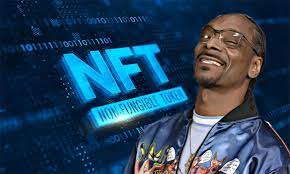 Is this a true reveal? or Is it a joke? It’s unknown, but it’s certainly intriguing

For a month or so that it’s(the Twitter account) been active and tweeting about crypto, @CozomoMedici and it has garnered quite a few followers. The account has gotten a lot of attention because it appears to have spent millions on NFTs.For at least a few days, the person behind the Medici account has been talking about disclosing their personal information, even holding a poll asking people to guess their genuine identity.

The person behind the account announced today that they were going to tweet their identity from their personal account, claiming that it would be discovered because they are well-known. “I am @CozomoMedici,” Snoop Dogg tweeted five minutes later.

It’s tempting to point to Medici’s collaboration with Jason Derulo, the singer of “Whatcha Say” and “Wiggle (feat. Snoop Dogg),” as proof of his influence in the industry. The R&B singer thanked Medici earlier this month for assisting him with purchasing a CryptoPunk, but today’s (potential) reveal begs the question: did Derulo seek out Medici because they were well-known in the NFT field, or did he realize it was one of his peers?

Despite the fact that the Medici account is just a month old, it has already gained some recognition after being highlighted in a report by the crypto publication ”The Block”. Around 100 NFTs are in the collection of the Medici OpenSea account (some of which were purchased for millions of dollars worth of Ethereum).

The Medici account first purchased two weed-themed NFTs by an artist named NyanDogg just minutes after Snoop tweeted his confession. Since the reveal, the account has received a deluge of blunt and Snoop-themed NFTs.

It’s difficult to predict what will happen as a result of all of this. Will Snoop Dogg establish himself as an NFT thought leader? Will additional celebs come up and admit to having cryptocurrency accounts?

The answers to all of those concerns are now unknown, but one concrete result of Snoop’s tweet is that people are now selling him NFT projects in his mentions.

So what do you think about Snoop Dogg claiming to be a prominent NFT booster? Tell us in the comment section below.