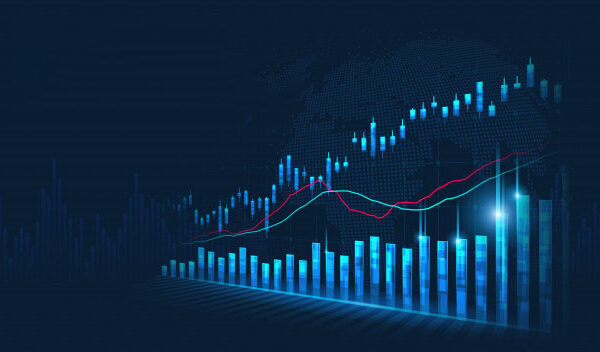 One is a deepening cash constraint at Evergrande, China’s largest and most indebted developer, which might lead to a regulatory crackdown on the country’s real estate industry. There are fears that it might turn into a worldwide financial crisis.

Two, US Treasury Secretary Janet Yellen’s warning of “economic catastrophe” if Congress fails to raise the country’s legally mandated debt ceiling, as well as fears that US Federal Reserve Chair Jerome Powell will likely flesh out plans to taper the central bank’s bond purchases after the Federal Open Market Committee meets on Wednesday.

What is the Evergrande crisis?

Evergrande, which began selling bottled water in 1996 before moving on to pig farming, currently owns China’s top professional soccer team (Guangzhou Football Club, managed by former Real Madrid center-back Fabio Cannavaro) and has long been seen as the poster child for the Chinese real estate boom. It expanded into more than 250 Chinese cities, peddling home-ownership aspirations to the country’s middle class, riding on a prolonged property price rise in China — the major engine of the post-pandemic Chinese economic development.

The catastrophe at Evergrande was caused by two rapid factors. Property developers’ excessive borrowings are being investigated by Chinese regulators as part of a broader crackdown on industries such as the internet economy and education. To counteract this, Evergrande attempted to sell off some of its assets. However, cash flows were hampered by a gradual slowdown of China’s housing market and dwindling demand for new homes. Evergrande’s financial constraint was brought on by the combination of the two reasons.

The firm is currently reeling under a $300 billion debt load, which has slashed its credit rating and stock price. It is dealing with almost 800 incomplete residential structures, numerous unpaid suppliers, and more than a million house purchasers who have only paid a portion of their mortgages.

Is there a systemic danger associated with the Evergrande crisis?

There are two elements at play in this situation. One, China has played a key role in the global economic recovery following the pandemic, having been the first to control the Covid-19 virus’s spread and to withstand the impact of the lockdowns in the first quarter of 2020, effectively establishing itself as a key driver of the global commodities upcycle.

Second, China’s long-running property bubble, which began in the mid-1990s, has resulted in roughly three-quarters of the country’s household wealth being invested in real estate. An approaching collapse of the world’s largest real estate firm may have a major knock-on effect on the whole economy, slowing GDP and perhaps igniting global commodities and financial markets.

Huarong, a Chinese state-owned financial behemoth with almost $240 billion in liabilities, is also a source of worry. Huarong is also said to be in danger, heightening fears of a broader systemic catastrophe in China.

What has been the impact of the Evergrande disaster on markets and global wealth?

The selloff was broad on Monday, with key indexes in Asia-Pacific and Europe dropping significantly. According to Bloomberg, the world’s richest 500 persons lost a collective $135 billion as a result of the worldwide stock market crash.

Elon Musk, the CEO of Tesla, lost $7.2 billion on Monday, bringing his net worth to $198 billion, according to the Bloomberg Billionaires Index, while Jeff Bezos, the founder of Seattle-based Amazon.com, lost $5.6 billion, bringing his wealth to $194.2 billion.

Hui Ka Yan, the founder and chairman of Evergrande, has plummeted dramatically in Bloomberg’s wealth rankings, with a fortune of $7.3 billion, down from $42 billion in 2017. The metals sector in India’s stock markets, which had been rising since the beginning of the year and seemed to be overheating, plunged dramatically on Monday.

Analysts believe this is more of a short-term correction, but if the Chinese issue continues, it may have a longer-term impact. India’s brisk iron ore exports, much of which is destined for China, might be harmed if China’s twin crises result in a prolonged downturn in the country’s real estate sector.

And it’s possible that this may have a long-term influence on global economic prospects, weakening the fledgling rebound in places like India. Even while most of this has already been factored in, the Fed’s tapering action is being regarded as another headwind that might further damage confidence.