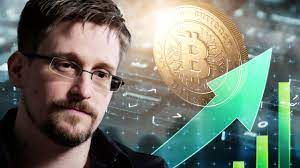 In a tweet, Snowden stated that the CBDC will put the state at the center of every transaction, contradicting the virtual currency’s core ideals and regulations. The cryptocurrency was created as a decentralized currency that was independent of any single authority’s control. It was created to take financial institutions like banks out of the trading and investment process.

The CBDCs, according to Snowden, are a plot against a society that distorts the fundamentals of cryptocurrency. Authorities will utilize digital currency to deprive citizens of their right to own their money and to be free, according to a former official of the US National Security Agency.

A CBDC is a perversion of cryptocurrency, or at least the founding principles and protocols of it—a cryptofascist currency, expressly designed to deny you the basic ownership of your money by installing the State at the center of every transaction. https://t.co/720SYvqzZM

Authorities are issuing state digital currencies not to encourage cryptocurrencies or to automate the financial sector of the economy, but to maintain control over the economy, according to Snowden.

“Most of your money is an entry in a bank’s database, faithfully requested and represented beneath the glass of your phone, rather than anything folded in your wallet. Is it really yours if someone else gets to pick *whether* and *how* you spend it?”

Most of your money exists not as something folded in your wallet, but as an entry in a bank’s database, faithfully requested and rendered beneath the glass of your phone.

If someone else gets to decide *if* and *how* you can spend it, is it really yours?https://t.co/720SYvqzZM

CBDCs, according to Snowden, is explicitly designed to deprive users of money ownership. In his substack (Your Money AND Your Life), Snowden tweeted: “Instead, a CBDC is more akin to a perversion of cryptocurrency, or at least of cryptocurrency’s founding principles and protocols—a cryptofascist currency, an evil twin entered into the ledgers on Opposite Day, expressly designed to deny its users basic ownership of their money and to place the State at the mediating center of every transaction.”

CBDCs, according to Snowden, will be used to control people’s money. He illustrated his idea with an amusing example: “Let’s imagine his doctor has advised him that his bank job’s sedentary or just-standing-around character has harmed his health and contributed to dangerous weight gain. Our guard needs to cut back on sugar, so his private insurance company which he’s been publicly mandated to deal with—begins tracking his pre-diabetic condition and passes data on to the systems that control his CBDC wallet, so the next time he goes to the deli to buy some candy, he’s rejected—he can’t—his wallet simply refuses to pay, even if it was his intention.

Also read: Nayib Bukele says El Salvador will spend $4 million worth of its bitcoin on a pet hospital