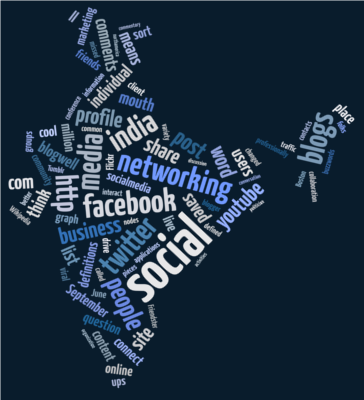 New Delhi, Jun 17 : (PTI) Social media users in the country reached 143 million by April with rapid uptake seen in rural India where user base grew by 100 per cent in last one year to 25 million.

The revelations come in a report by the Internet and Mobile Association of India and IMRB International.

“There are 143 million social media users in India as on April 2015,” as per ‘Social Media in India 2014’ report jointly released by IAMAI and IMRB International.

The report said that usage of social media in rural India has grown by 100 per cent during the last one year to 25 million users while urban India registered a relatively lower growth of 35 per cent with the total number of users at 118 million as on April 2015.

The four metros continued to account for almost half of the social Media users in Urban India, it added.

The largest segment accessing social media consists of the college going students with 34 per cent followed by young men at 27 per cent, as per the report.

The report said that 61 per cent of these users access social media on their mobile devices.

According to the report, maintaining a profile on social networking sites is one of the top activities of users followed by updating the status.

“Commenting on a blog site is the third most popular activity among users in social networking sites,” it said.