SoftBank to gain $34 billion from cutting Alibaba stake The stake in the Chinese tech giant would be cut to 14.6% from 23.7% 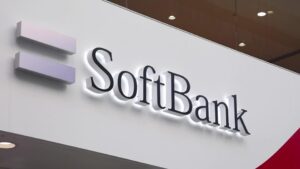 This week, Japanese conglomerate SoftBank Group stated it is set to see profit of $34.1 billion as it cuts its stake at the Chinese tech giant Alibaba. This is as the investment firm hopes to boost up cash reserve to get ready for the decline in the market.

SoftBank Group Corp would lower its stake in the tech firm from 23.7% to 14.6% by the settlement of prepaid forward contracts. The US-listed shares of Alibaba Group Holding fell by 1.7% in premarket trade following this announcement.

The investment giant saw a loss of $50 billion at its Vision Fund sector of investment in this year’s first half as its tech bets saw a downturn. This was as Masayoshi Son took a pledge earlier this week for the further reduction in its investments and cutting costs.

SoftBank explained its purpose through the settlement of the Alibaba share contracts in a filing. The investment firm would have the ability to get rid of concerns regarding future cash outflows. Moreover, these settlement would lessen expenditures connected to these particular prepaid forward agreement. It stated how this step would provide further strength to defence against the dire market situation.

The current situation of the company:

According to estimates, the entire earning of Alibaba’s 4.6 trillion yen also involves the 2.4 trillion from the revaluation of company’s shares, along with the derivative earning of 0.7 trillion yen. The chief executive bought into Chinese tech firm for $20 million in 2000, and their growth to emerge as one of the largest e-commerce giants of the world aiding to polish is tech investors credentials.

However, it ended up losing over 66% of its value from high in the second half of 2020, taking the impact of Beijing’s crackdown on the tech industry involved a heavy fine on the Chinese tech. The correspondents to these contracts are high at about 242 million Alibaba share, or about 9% of entire shares of Alibaba.

Travis Lundy, an analyst with Quiddity Advisors stated how this may appear to be a support of some sort owing to the concerns of future overhang being substantially lessened, though it is not a significant positive. He stated how the largest holder went on to sell about half of their stake, which could add up to something.

According to SoftBank, this particular deal is not set to lead to additional sales of the Chinese firms’ shares on the market as they were shielded at the juncture of the main monetisation, stating it would go on to keep up a healthy equation with Alibaba. However, the equation between the two firms were seen weakening as Ma left SoftBank’s board about two years back, with Son leaving Alibaba’s board at that point.