Softbank To Sell Shares Of Paytm Worth $1.5 Billion 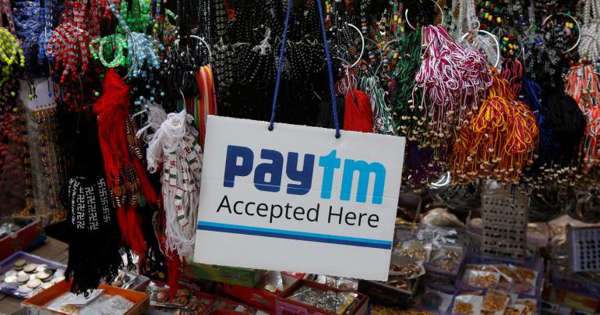 Japan based SoftBank is planning to evaluate selling its shares worth $1.5 billion. It is soon going to start its first tranche of selling out these stocks in the proposed and planned initial sale of shares of Paytm, an online payment service, which is run by One97 Communications Ltd., said two people who have great knowledge about the matter.

Paytm is planning its initial public offering worth $3 billion in the month of November. It also plans to offer SoftBank its largest exit in India after the online shopping brand- Flipkart.

One of the two people who deeply know the matter and have asked to keep their identities a secret, in a statement said-  “A window to sell at least one-third of the overall stake on offer in the initial public offering (IPO) may be available on a pro-rata basis for the existing investors, including SoftBank. A total of 3-5% stake may be monetized by SoftBank and, even after the IPO, SoftBank will have holdings of at least 15% in One97 Communications. After the IPO, in subsequent issues, parts of the stake could be sold.”

The spokesperson from the side of SoftBank declined to make any comment on the matter.

The company says that it has no information on the share sales that are being planned by an existing investor. Moreover, no shareholder has taken part in any conversation with Paytm’s board on the topic, said the spokesperson from Paytm.

SoftBank holds a total of 20% of the stake in One97 Communications. “SoftBank sees Paytm’s IPO as a significant liquidity event and the 3-5% stake of SoftBank could be sold through the offer for sale (OFS) route that could be opened simultaneously with the IPO,” said one of the sources.