Solana: Everything you need to know 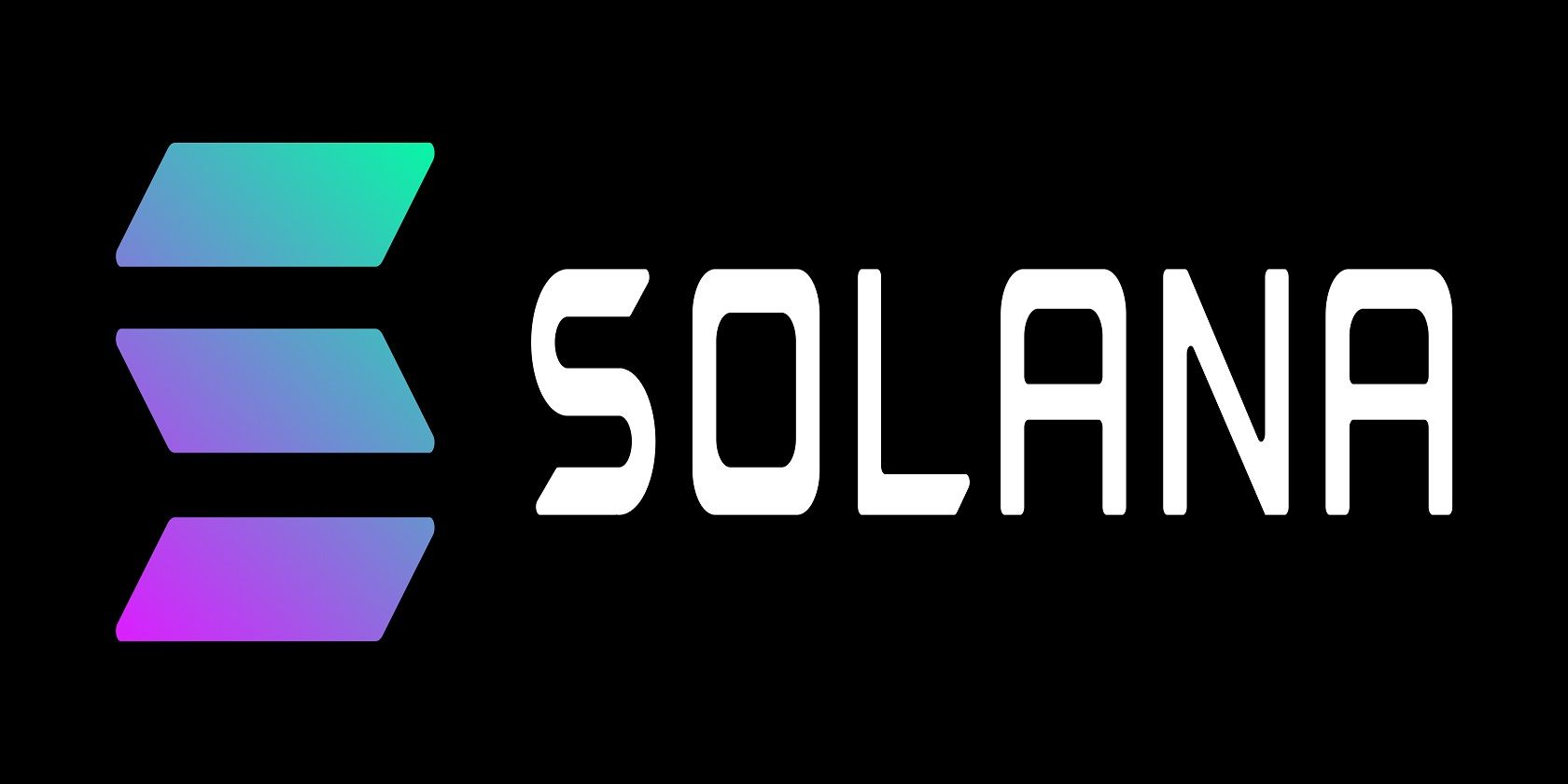 Cryptocurrency or as it is often known as crypto is an online currency stored in digital wallets that can be used for buying and selling goods and services over the internet of course. Along with this, this digital asset of yours can be used for trade and exchange purposes over many cryptocurrency exchanges. Unlike what virtual currencies were around five years ago, when not many people knew about it, today, cryptocurrencies are not something people are still unfamiliar with. Over the years, this digital currency has made name for itself and the industry had a boom in popularity, which is also the reason why it managed to seek the attention of many potential investors from all around the globe. Using cryptography, this online asset is extremely secured which took counterfeiting and double-spending completely out of question.

Today, people are well aware of the characteristic of online currencies and thus are actively trading and investing in the crypto marketplace. Moreover, unlike before when we used to have just some limited options to choose from, at present we have a lot of virtual currencies available including Baby Doge, Ethereum, Bitcoin, Binance Coin, Dogecoin, and Polygon to name some popular one’s. Though, it is important for you to know that there have been a lot of currencies that came up and made their way into the mainstream, whereas, some currencies couldn’t attract a lot of investors and went down soon after.

With us today, we have a relatively new cryptocurrency that has been gaining quite a lot of attention lately, Solana. For you to get a better understanding of the currency, I suggest you read further!

Everything to know about Solana(SOL) 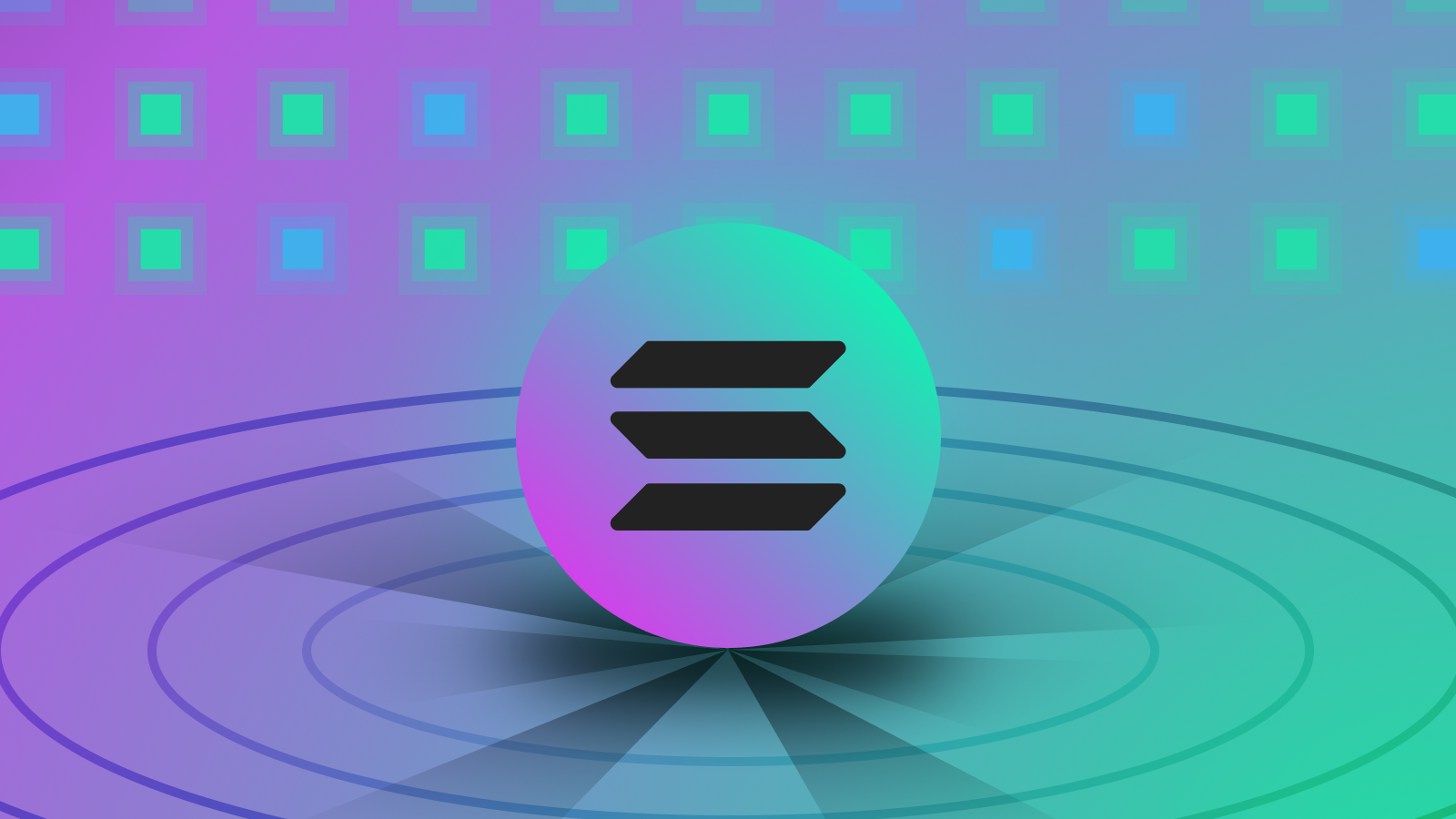 Solana or as it is often referred to as SOL is an open-source project which relies upon the permissionless nature of blockchain technologies in order for it to provide decentralized finance solutions (DeFi). The Solana platform was founded by Anatoly Yakovenko in the 2017 model year. SOL is also a fourth-generation blockchain and virtual currency that provides greater scalability by leveraging an open infrastructure. While the work on the project began nearly four years ago in 2017, Solana was officially introduced by the Solana foundation based in Geneva, Switzerland in March last year. The network brings forward unique and newer technologies in order to provide its platform users enterprise-level security along with transaction speeds that are unmatched by any other available network. However, it is vital for you to know that the network has been showing significant growth since its introduction back in 2017.

In addition to this, the entire architecture of the network has been structured to be resilient and expandable to censorship. The distributed and trustless blockchain addresses both bandwidth as well as the speed of transaction settlement concerns with the help of its design layout. Also, Solana is referred to as the fastest programmable blockchain in the crypto industry today, which also runs various decentralized applications. Not to mention the fact that Solana is seen as one of the few eligible coins to be the potential inheritor of the Ethereum(ETH) throne.

The blockchain network has been slowly and steadily making waves by enabling online traders to perform crypto-based purchases and sales, while they will not have to wait for weeks or in fact days for their funds to be deposited in their bank accounts, all thanks to the revolutionary technology of Solana’s blockchain. For those of you wondering what is SOL? Let me help you with that. SOL is merely a native token to the Solana network which as mentioned previously was launched in spring last year and is presently placed among the top fifteen coins on the crypto marketplace. In simpler words, Solana is a computing platform that is decentralized and uses SOL to pay for their transactions. 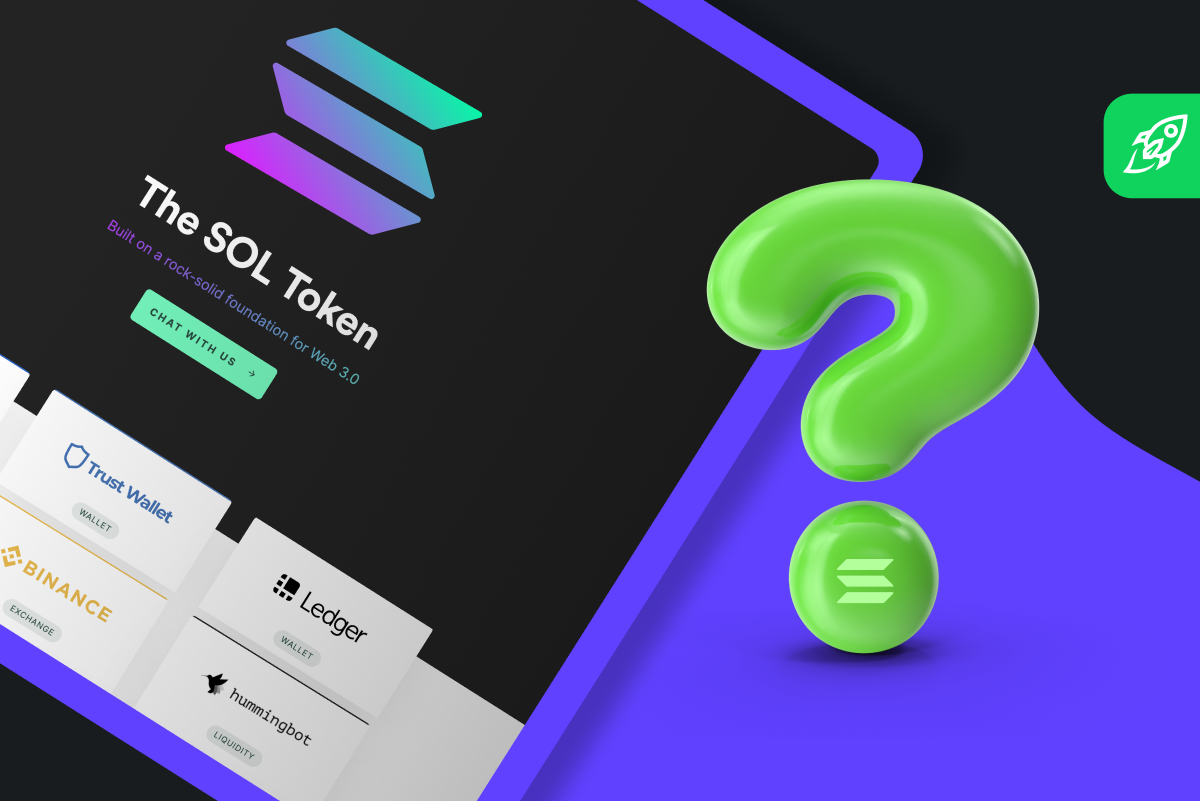 The network’s objective is to enhance the scalability of the blockchain with the help of a combination of so-called proof of history along with the commonly known Proof-of-Stake (PoS) consensus. As a result, it is said that the network is able to assist nearly fifty thousand transactions each second, that too without sacrificing decentralization. Furthermore, the aim of the Solana software is to exhibit the possibility of a set of software algorithms in order to create a blockchain, which would thus allow the throughput of transactions to scale correlated with the bandwidth of the network fulfilling all the characteristics of a blockchain including security, scalability as well as decentralization.

Also, the system is capable of supporting a maximum of nearly 710,000 transactions per second if there is a standard 24 gigabit network and if the system is able to access a forty-gigabit network, it is capable of supporting about 28.4 million transactions each second. For you to understand better, let’s compare it to the popular Ethereum network which presently processes just about 15-45 transactions per second, whereas VISA processes nearly 24000 transactions each second. Technically this makes Solana nearly 3800 times faster if compared to Ethereum and just about 10000 times more faster than the industry-leading Bitcoin.

As the most performant of all permissionless blockchains on the planet, when running with GPUs, the network is equipped with nearly two hundred nodes that are physically distinct while supporting even more than fifty thousand TPS. However, agreement in time is one of the biggest challenges faced by distributed systems. Unlike Bitcoin which uses a Proof-of-Work(PoW) algorithm, Solana is known to use a Proof of History method, with the help of which you are able to develop a historical record thus proving the specific moment in time when the event took place. The algorithm is said to be a Verifiable Delay Function that uses high frequency. This function however needs a particular number of sequential steps in order to evaluate. Events and transactions which have been successfully evaluated will be given a count and a unique hash that can be effectively and publicly verified. Behaving like a cryptographic time stamp, the count given allows us to know every event or transaction that occurred.

In addition to this, inside of every node, there is already a cryptographic clock keeping records of the ordering of events and the time of the network. Which thus allows higher efficiency and increased throughput within the network. Moreover, Solana has a hybrid protocol that helps the network in achieving the validation for smart contract validation along with significantly faster transactions. Also, Solana enables its users to create mobile-based applications other than its money and blockchain, making everything much more easier and faster. 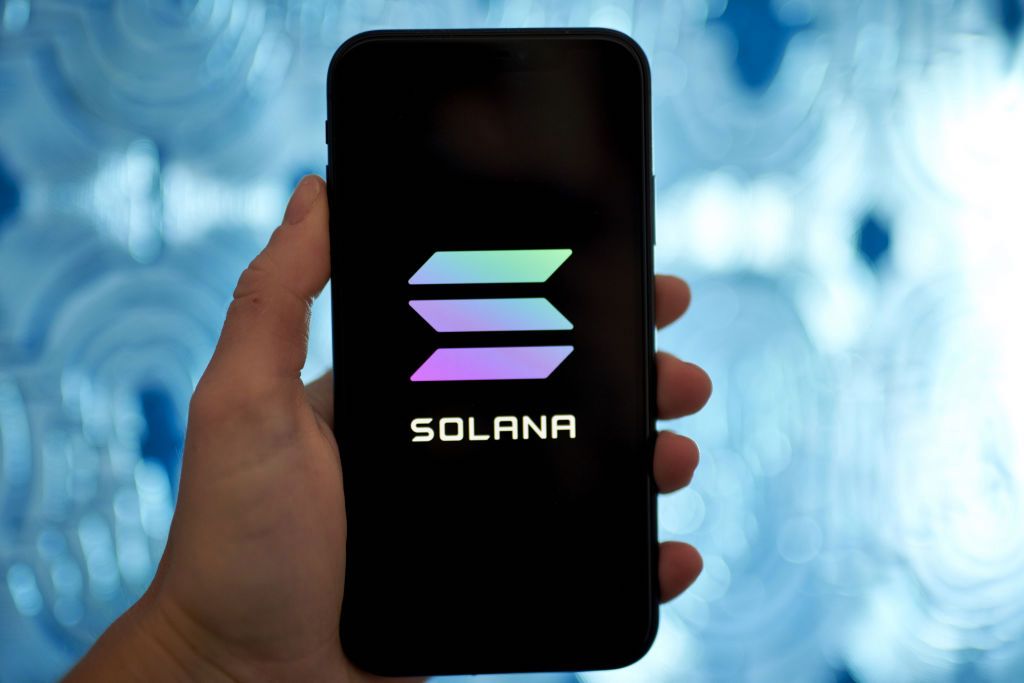 Nearly after a year and a half since the mainnet launch of Solana back in March 2017, the network is perhaps the hottest blockchain in the crypto marketplace. Its native token which we previously talked about, SOL, is currently trading at about 65.06 US dollars, having a maximum supply of nearly 489 million coins with a total circulation of about 286 million tokens. Other than using the token for paying just for smart contracts and on-chain transactions, investors can also use the currency in order to make any micropayments which are also often referred to as lamports inside the Solana ecosystem. Other than this, it is important for you to know that the holders of the SOL tokens are also eligible to earn rewards by just simply supporting the Solana network with the help of a process often known as staking. In order to become a node that can help in the validation of transactions on the blockchain, in exchange for more coins, it is required for you to stake a minimum of 0.01 SOL.

In addition to this, if you are planning on buying Solana, hoping to get a hundred percent jump next month, then I suggest that don’t just go with the hype and you might want to reconsider.

Talking more about the statistics, the price of Solana has gone uphill by nearly 17.02 percent in just a week’s time. Although, the price of the currency has increased by about 12.59 percent in just the past twenty-four hours. In the past one hour alone, the price of the currency grew by nearly 0.23 percent. In regards to the current price of SOL, the currency is valued at 6,845.124468 Indian rupee which is equivalent to 93.14 US dollars. As per records, Solana is just behind its all-time high, being 94.93 US dollars, by a margin of 1.89 percent. For reference, the current supply of SOL circulating the crypto industry is about 290,945,176.507 SOL

For those of you wondering, where can you purchase SOL tokens? Let me make your work easier. The SOL tokens can be bought on most crypto exchanges but one of the most popular one’s is Binance as it has the highest volume for trading SOL that is 8,947,213 dollars as of February this year. Some of the other exchanges that have SOL listed include OKEx, Huobi Global, Bilaxy and uphold. However, you should know that if you are a resident f the United States, Canada, Australia, Singapore or the United Kingdom, Binance is probably the best option for you.

In conclusion, I believe that Solana is capable of solving many traditional issues faced by other blockchain technologies and has a more efficient consensus algorithm. Moreover, it displays a rapid advancement in the cryptocurrency industry in just about the next ten years and the platform is definitely something to keep an eye on as it continues to grow. Solana has a decent possibility of yields if you are planning on holding them for the long term. Also, it is most likely that it will keep on continuing on top of crypto rankings and it is also possible that it might even displace Ethereum.

Not to mention, understanding the fact that investing in any online currencies is highly risky and uncertain is very important. It is often suggested by experts that you should only invest in crypto if you are willing to take certain inevitable risks and bear all losses that occurred if at all needed. Also, remember the fact that in the case of online currencies, you should not invest more than what you can afford to lose.

What are your thoughts on Solana? Do let us know in the comments below. To know more about various cryptocurrencies, do check out other articles we have on our website. Thank you for your time & if you found our content informative, do share it with your investor friends!

Also read: Tornado Coin: Everything you need to know