South Korea’s Ministry of Science and Future Planning will invest 223.7 billion won (approximately $187 million) for the growth and development of the metaverse within the country.

An official statement from the ministry on Feb. 27 said the funds will be spent on four main goals to create an all-encompassing Metaverse ecosystem called Expanded Virtual World. The ministry will use its war chest to develop the decentralized creative economy, nurture talent and support companies developing VR / AR devices. 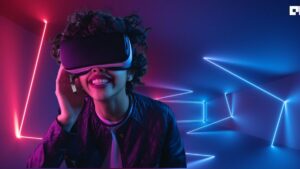 Content creators will be supported on multiple fronts to attract the right talent to build the platform. The ministry said it will host community-oriented creative activities, a Metaverse developer competition and a hackathon.

It also expects its Metaverse to have a global reach as there will be seamless access to South Korean companies over time. It plans to foster business growth through financial support and technological development.

Decetraland and The Sandbox Simon Kim, CEO of Blockchain firm Hashed, which invests in metaverse projects such as to provide financial support He said he liked it very much.

Also, the government’s previous play to earn ban your games Kim said that Korea should be very careful about this issue.

In a statement, Director of Communications and Policy Park Yungyu stated that these investments in creating the Metaverse platform are part of the “Digital New Deal” initiative launched by the South Korean government in July 2020. Digital New Deal, Supporting digital technologies It is an initiative for the purpose. Meanwhile, Seoul announced in November that it also plans to join the Metaverse. Tentatively named ‘Metaverse Seoul,’ it aims to create a virtual communication ecosystem for all areas of its city government. This would cover business, culture, tourism, education and citizen services, in three phases starting this year.

The South Korean capital has invested KRW 3.9 billion ($3.2 billion ) in the Metaverse project as part of Mayor Oh Se-hoon’s Seoul Vision 2030 plan. If this project becomes a reality, Seoul citizens will soon be able to put on their VR headsets to meet with city officials for virtual consultations. They will even be able to participate in mass events.

Park Yungyu, the Ministry’s Head of Communication and Policy Department, indicated in the announcement that the initiative to establish a Metaverse platform is part of South Korea’s broader ‘Digital New Deal.’ Also, According to Park, the Digital New Deal is a series of policies aimed at fostering the growth of digital technology.