SpaceX fired up the Flacon 9 that is going to send astronauts to the International Space Station this weekend. The test was conducted on 18 October at Pad 39A at NASA’s Kennedy Space Center. It was a static fire test that makes it a major milestone for the company. 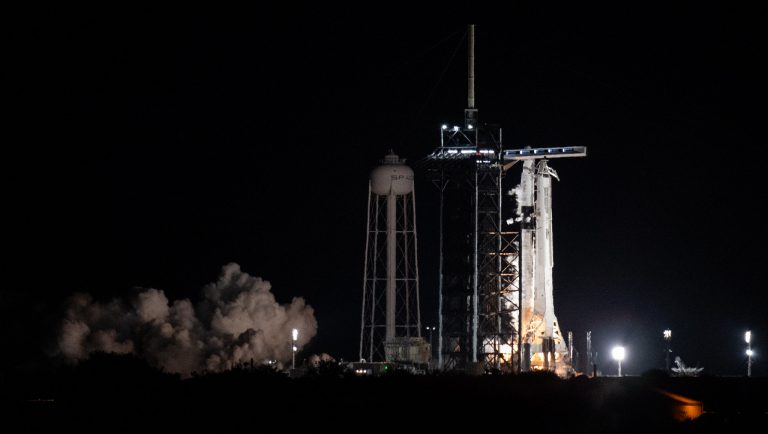 The launch will be sending Crew-3, SpaceX’s third crew astronauts that will be going to the ISS for NASA. Along with the three NASA astronauts, this time there will be one German Spaceflyer. As SpaceX is done with a static fire test the rocket is ready to fly. During the test, the smoke and fire billowed briefly as the rocket’s first stage Merlin 1D engine was lit while the rocket was on the pad.

SpaceX will be moving forward for a Halloween launch as they celebrate the success by announcing through a tweet. Crew-3 is set to blast off on 31 October, 2:21 AM EDT. The Crew Dragon capsule that will be going is named Endurance skyward. Following a successful liftoff, the rocket’s first stage booster is to land on the droneship, Just Read the Instructions. As per the schedule the Endurance will spend less than 24 hours trailing the space station before arriving on Monday at orbital outpost.

Endurance is a brand new rocket that is at the top list which is to be flown in space. It’s first stage launched a robotic cargo earlier this year. Both Falcon 9 and Endurance were bought from their hangar and were sent to the launchpad Wednesday morning. It is 215 feet tall and the pair could be seen as they lifted off during the test launch.

Prior to the test fire, the team worked during the night on the rocket as they loaded it with super chilled propellants, liquid oxygen and kerosene. Then there were fired at 1 AM EDT on Thursday. SpaceX revied the data and confirmed by announcing though Twitter.