SpaceX Inspiration4 is continuing to make a buzz on the internet as they answer questions, share their experience and more information keeps following. Here are some of the interesting things like the team had difficulty with toilets. The crew was happy and healthy, but the waste management system could have been better. 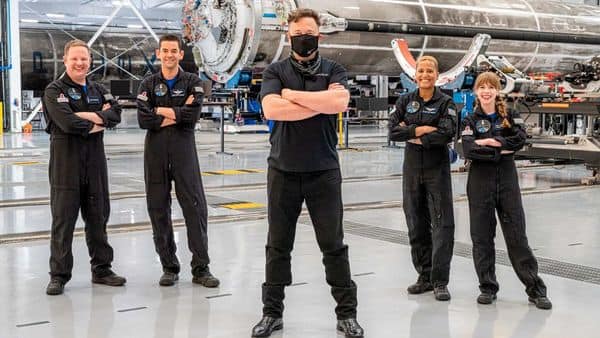 The Crew Dragon landed on earth after three days of the journey in space on September 18. Congratulations and hearty welcome for the crew continues till date. Recently Elon Musk tweeted that he met the Inspiration4 crew. Said, “Such great people!”

Just met with the @Inspiration4x crew in Florida to congratulate them in person. Such great people!

Furthermore, another Twitter account stating to be a friend of a crew member congratulated the team. To which the crew member, Jared Isaacman replied, “Wow”. Agreeably the team opened many opportunities for others who want to travel to space in the future.

The crew members are seen interacting a lot. The interview with Today’s show revealed a lot more. Just after they landed on Earth, soon enough the interview was taken by NBC’s Lester Holt. Inspiration4 was an inspiration for many citizens.

The all-civilian crew from the Inspiration4 mission splashed down Sunday night after three days in orbit. Fresh off their historic journey, they sat down exclusively with @LesterHoltNBC. pic.twitter.com/rs9gniekyy

It was an emotional, and personal experience for the crew. There haven’t been any difficulties other than the toilet. Which was a result of the location of the toilet, which is at the ceiling. Usually, in the location, there was a docking adaptor, built for sending astronauts to the ISS. However, as this crew doesn’t need it, that was removed and made into a toilet. 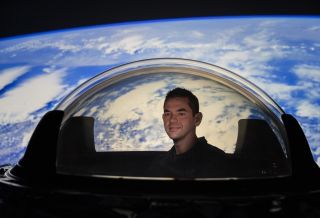 The epic view from the toilet

Kind of inspired by the toilets on mountains, any crew member using the toilet could see the stunning views of the earth. It is a dome called Cupola, in the shape of a bubble. Jared Isaacman said, “It’s not a ton of privacy. But you do have this kind of privacy curtain that cuts across the top of the spacecraft, so you can kind of separate yourself from everyone else,”

Further added, “And that also happens to be where the glass cupola is. So, you know, when people do inevitably have to use the bathroom, they’re going to have one hell of a view.” The waste management system of the capsule is unclear.

Here's one of the most secret yet useful systems on the spacecraft… our toilet! There's a curtain for privacy, and the rest is really just technicalities… let's just say that the only advantage is the view. 😉 Shoutout to its designer @SpaceX! https://t.co/pL3lD2UGF6 pic.twitter.com/AbB3cCNe4Z

The spacecraft was already known to have toilets in the earlier launches too. However, there are not many details on how it works. For more than a few decades, the space toilets are known to be messy. Is it possible that SpaceX came up with an innovative idea to make a really usable toilet in the space?