Elon Musk posts a scene from Karate Kid where the kid catches a fly with chopsticks and believes he can achieve anything. SpaceX is also going to attempt to use robotic chopsticks to get hold of Starship during its landing. The movie clip is an underrated comparison as the robotic chopsticks will be catching one of the heaviest flying objects in the world. 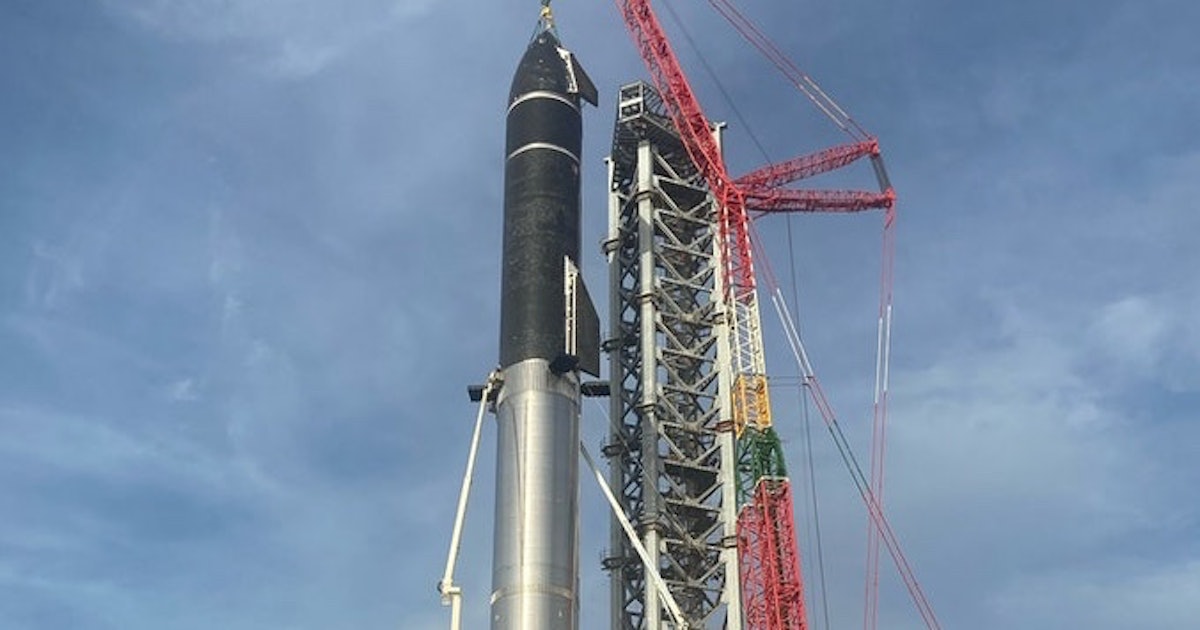 Musk also mentions that this may not happen, but it is exciting to try it out. Later adds, “Stage zero” under the tweet. In April, he talked about catching Starship, said, “Starship booster, largest flying object ever designed, will be caught out of the sky by launch tower. Big step forward, as reflight can be done in under an hour.”

Here the chopsticks are the new tower SpaceX is building which are designed to catch first stage boosters. The tower will be fixed and the robotic arms will aim and catch boosters and Starships. After two months on mechanical arms, three arms were installed don’t the exterior of the tower. It is named “Mechazilla”.

The idea was possibly originally proposed by a startup, Small Stars. By trying to explain how SpaceX could catch the Starships, they released a video stating “Can SpaceX really catch Starships?”

The video has a clear explanation of SpaceX catching Starships. Which may or may not be close enough to what SpaceX might actually end up doing. On Many occasions, Elon Musk’s companies tend to change strategies as developments are being made. Like the recent one where Musk mentioned that the fins of the Starship are to be modified. Small Stars also shows how the fins can help the company catch the rocket conveniently. Furthermore, Musk said that they are going to try to launch it with booster 5.

Changing the way how things work

Interestingly, many people expressed their opinion on this aspect. The fact that a CEO said their mission may not be successful attracted a lot of attention. Others joked around saying how insanely or weird the ideal is. Here are some tweets by some people.

The fact #ElonMusk talks and accepts failures so openely,
is a game changer!

He may not realize it but it's gradually changing the course of all the boardroom, bedroom conversations!! https://t.co/81cEWvakEQ

If it fails, it will then ask the space waiter for a fork. https://t.co/og6Y0TGq8W

In any case, SpaceX will be investing a lot in the project, so it is most likely going to analyze things accordingly. Without a possible success rate, it would be against the norms of SpaceX to reuse-recylce-reduce. Advancement in technology in most possible sustainable methods is what made SpaceX unique and achieve something that other companies didn’t achieve initially.